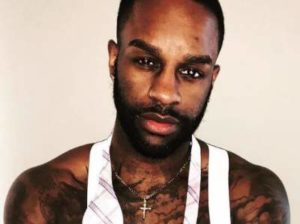 Netflix announced that the Season 3 of The Circle was returning on 8 September 2021.

Calvin Kiing Crooks On The Circle

Calvin Kiing Crooks posted on Instagram on 27 August 2021 that he was going to be on The Circle. With an “IM BRINGING THE HEAT 🔥” Calvin promised his people after he was finally allowed to reveal his participation on the reality competition show.

As usual, The Circle contestants are isolated in their own apartment and can only communicate to the other contestants via ‘The Circle’ social media app as they try to present different identities to others to try to win them over.

So, Calvin was among the two athletes featuring in the Netflix series this season. The other was former lacrosse athlete Nick Uhlenhuth.

Calvin Kiing Crooks was born on 17 April 1990. Therefore, he reached the age of 31 in Spring 2021. This makes him an Aries who supposedly tends to have an impetuous character, i.e, defined by a high sense of duty.

Also, Calvin is known by the name ‘Calvin Oliver Crooks’ or Cal in his home country.

Calvin Kiing Crooks, with a unique blend of American and British accents, acquires both English/American passports.

What’s more, his family is also from Cuba and Jamaica. And while Cavin grew up in Miami, Florida, he is now based in Manchester, the United Kingdom.

Calvin’s mother is Sheila Crooks and his sister is Sorelle Crooks Stueber. Sorelle got married in November 2018 and now is a mother of a beautiful young child. As per her Facebook, Sorelle went to West Orange High School and studied at Syracuse University. Addressing Calvin’s stint on The Circle she informed her online friends with — “Look out for my brother in the upcoming season of Netflix’s The Circle. Love you 🙂 All those years of being a character finally paid off haha.”

Then, from his Instagram, we gathered that he is a great believer in God as he writes “God Primero” which is translated as ‘first god’.

According to the soccer database Playmaker, Calvin Kiing Crooks measures to a height of 1.80 meters i.e. 5’11”. And the tattoo addict also certainly knows he looks best with his shirt off. Besides, Calvin got this pierced nose and ears often sporting a nose ring and stud earrings.

From the looks of it, Calvin was a standout player in high school as well as in college.

Until 28 August 2021, Calvin Kiing Crooks had 9,419 followers on his Instagram @kiingcrooks.

Then, there were close to 4,800 friends on his ‘Calvin Crooks(Cal)’ Facebook, and not more than 2 people subscribed to his cooking channel ‘Kiing Crooks Cooks’ on YouTube.

Calvin Kiing Crooks had below an estimated $300K net worth.

Professionally, Calvin is not just an athlete but a private chef, qualified personal trainer, and vegetarian nutritionist. Then, as per LinkedIn, he has been a junior software engineer at Codenation in Manchester, England, in the United Kingdom since April 2021 and a fitness manager at Hale Country Club & Spa.

For his academics, Calvin studied Sport and Fitness Administration/Management at Seton Hall University from 2008 – 2009.

Calvin appeared to be single at the time of this writing (in August 2021).

We did not see Calvin date anyone on his social media as well, which would possibly be run by one of his family members while he was isolated in The Circle in his own home. But as the season has been already filmed, Calvin and the others will be seeing the show after it’s been released just like everyone.

Besides, if he was looking to find a girlfriend among his co-stars, will also be revealed sometime from now.

Calvin has also been very careful to not reveal his former dating life stories.