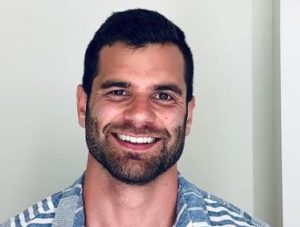 Just a few months after season 2 of The Circle ended, Netflix surprised its fans with the next installment in September 2021. In the 2nd installment, the theme and the game plan remained the same, while the cast completely changed. Among them, Nick Uhlenhuth appeared like a hopeful contestant.

Keep reading this  Nick Uhlenhuth Bio to learn more about him.

Nick Uhlenhuth On The Circle

Netflix’s The Circle season 3 premiered on September 8, 2021. With high expectations from fans, this season carried a responsibility to make the show even better than the previous season. In the debut season, they had the audience on their toes by changing the schedules, power transfer, and elimination rates.

The contestants were also joined by its returning host Michelle Buteau.

Elated about joining the show, Nick took it to his Instagram to write,

“The secret’s out! So stoked to tell y’all that I’m on The Circle season 3!!! Catch me every Wednesday starting on Sept 8 on @netflix Who’s ready??”

Nick Uhlenhuth was reportedly born in Seattle in 1990. So, that would make him 30 years of age in 2021; when he first appeared on The Circle.

What’s more, Nick receives his birthday wishes on September 15 and is of the Virgo zodiac.

Nick Uhlenhuth hails from a family of at least six. Eric and Linda Uhlenhuth are his parents. Also, his confirmed siblings are:

Fun Fact: Nick Uhlenhuth has made a hilarious music video with his twin brother Zack during their last day of Spring Break in April 2012.

Just like all of his siblings, Nick Uhlenhuth is a computer science student who went on to become the product manager of Microsoft. He entered the company back in August 2016 and has since presented at over 7 different conferences, designed an ML-based recommendation system for code completion results, and led an 8-person engineering team in building productivity tools for C++ customers.

Before that, Nick worked as an undergraduate teacher at his alma mater Massachusetts Institute of Technology.

Apart from Microsoft, Nick has also taken a job in Tercio Solutions as a software engineer.

To highlight his education, Nick went to DuPont Manual High School from 2008 to 2011. Then he joined the Massachusetts Institute of Technology and graduated in 2016.

During his time at Massachusetts Institute, Nick was a college lacrosse player who played in 15 and started in 14.

When Nick isn’t working, he enjoys playing drums. In fact, this software engineer is a brilliant drummer who posted most of his drum covers over his eponymous Youtube channel.

Though not confirmed, Nick Uhlenhuth’s former girlfriend is speculated to be Erin Frank. The rumored couple had uploaded several pictures of each other, sharing hugs and even kisses in some.

From the looks of it, they were together for over 6 years. In 2018, Nick even changed his FB profile picture with a picture of them. October that year, Erin announced she is in a relationship with Daniel La Rota. If Erin and Nick really dated, they were surely broken up by then.

Over one of the “Stars And Swipes” podcast appearances in 2021, Nick revealed that he met his “future wife” over an IG live. He said that it was his friend who encouraged him to first flirt with her over an IG live, and he took the dare!

However, on August 27, 2021, Nick made a TikTok labeled “When she agrees to go on a date if you reach 20K followers first”. This could mean that he could still be out in the dating market.