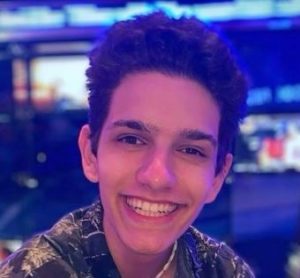 Netflix’s The Circle season 3 is here, and among the nine new faces who will be competing on the show for the $100,000 cash prize, this article is about one contestant, Daniel Cusimano. He took it to his socials to hint that #DreamsDoComeTrue.

Stay with this Daniel Cusimano Wiki to learn more about him.

Daniel Cusimano On The Circle

The Circle came back for the third installment which was set to premiere on 8 September 2021. With fans hold high expectation, this season carried a responsibility to make the show even better than its preceding one. In the previous season, the show had the audience on their toes by changing the schedules, power transfer, and elimination rates.

They casts were also joined by Michelle Buteau, comedianne and returning host of the show.

On 28 August 2021, Daniel took it to his IG to reveal that he was a part of season 3 The Circle. He wrote, “Y’all I ain’t ready and you’re sure the hell not for what’s about to come! Make sure to grab your popcorn, snack, seatbelts, and loved ones and tune into Netflix.”

Also, his picture captioned, “PLAY INNOCENT”, which might be his gameplan for this season.

He celebrates his birthday on August 31 and is of the Virgo zodiac.

Daniel Cusimano stands tall at a height above 5 feet 10 inches (177 cm). He has dark eyes and hair, and a long triangular face could be counted as his distinct features.

Daniel Cusimano was born to his parents Roger and Vicci Hahn Cusimano. Coming from a family of four, he also has a brother named Michael Cusimano.

Starting with information on his parents, Daniel’s father Roger is the owner/vice-president of Horizons of Tampa (an independent distributor of electronic components) since 1998. Also, he is a University of Massachusetts Bonton Law student who went on to work for Xerox for 5 years.

Whereas, Daniel’s mother, not much was known about Vicci except for the fact that she was fond of her two kids, and filled her Facebook @vicci.cusimano with pictures of them.

Michael, Daniel’s brother, is a Southern New Hampshire University graduate who went on to become an attraction host at the Walt Disney World. In 2021, he resided in Winter Garden, Florida engaged to Elysa Rutherford.

Fun Fact: Daniel already had an IG fan account @lexilovesdaniel which was followed by over 20 people inducing Daniel himself.

Musical theater actor by tradem, Daniel Cusimano worked as a character performer at the Walt Disney World in 2021. Reportedly, he joined the entertainment resort complex in January 2020 and mostly cosplayed Elton John.

Daniel has also won the Best Outstanding Actor in a Play for his role as Chris Keller in All My Sons from Broadway Star Of The Future in 2019.

Aside from musical theater, Daniel has also taken on the job as a cashier/front service clerk at Publix in Palm Harbor, FL. His term of employment lasted in the place from 24 May 2017 to 4 September 2019.

Daniel also labeled himself as an “athlete”.

Shedding light on his education, Daniel graduated from East Lake High School in May 2019. The same year, he enrolled the University of South Florida to study theater on 26 August.

By 2021, Daniel garnered a net worth of above $100 thousand. Just in case you are curious, an average Disney park character performer earned around $12 per hour.

Daniel Cusimano Partner, Is He Gay?

Our guess is, Daniel Cusimano is probably gay and here’s why. Daniel Cusimano’s IG bio wrote, “#BeThatBitch”, and also if you take a time out to check his TikTok then most of his videos were with his girlfriends showing off their sassy moves.

Moreover, Daniel also seemed to have been roommates with his girlfriends Rachel and Emily. Which further bolsters our point. (Daniel, Rachel, Chloe, and Emily were part of the “Fab Four” in their Disney World journey.)

Unfortunately, we have no information about Daniel’s partner. As of 2021, he kept his dating life private.

Did you know: Daniel was the Prom King of his East Lake High School prom in 2021. His date then was Claire King.