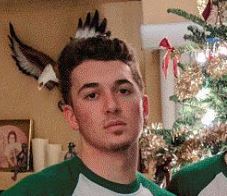 After months of speculation, Elsy Guevara confirmed her pregnancy via Instagram on 18th February 2020.

In a follow-up YouTube video dropped 10 days later, Elsy shared that the father of her first child had the same initials as her’s (EG).

With a little digging, the identity of Elsy’s baby daddy was revealed as Elijah Gates.

The article below highlights Elijah’s biography details. Penned in a wiki format, the piece unfolds his age, ethnicity, height, family background, and more.

Turning 19 years of age, Elijah Gates celebrated his birthday in 2019. He was reportedly born in the year 2000. His precise date of birth, however, escaped everyone’s grasp.

In the Spring of 2018, Elijah Gates graduated from Quartz Hill High School. As a teenager, he excelled in the sports of football.

Coming to his family background: Elijah carries mixed ethnicity. According to Elsy Guevara, he was Caucasian and Filipino.

Besides him, Elijah’s parents had another offspring. They named him Cameron Gates.

Judging by his IG posts, Elijah might have more than one sibling.

While Elsy and Alondra are good friends, Elijah and Tre were blood relatives (cousins).

During the 2018 Christmas celebrations, Tre joined Elijah and the family. A photo from the eventful day was still up on Elijah’s IG.

A Soundcloud rapper, Tre rose to fame after penning a recording deal with Akon’s Konvict Muzik. He and Alondra broke up in late-2019.

On his IG bio, Elijah proudly flaunted his job title of a music producer. He may have contributed to Trey’s 2019 album “I’m Not Here.”

Blessed with five feet & eleven inches in height, Elijah garnered 56k followers on Instagram (March 2020). His net worth, meanwhile, was under review. 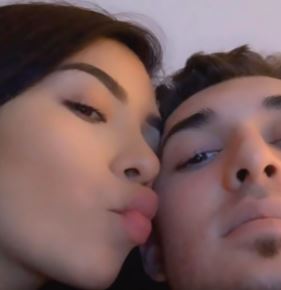 Elijah Gates started dating Elsy Guevara in 2019. Even when his cousin Tre Carter and her friend Alondra separated, the pair’s romance stood strong. They refused to publicize their relationship on social media.

By Fall 2019, Elsy became pregnant with their first child. They wouldn’t deliver the baby news until five months later.

On 18th February 2020, Elijah took to IG and shared a photo of a sonogram. In the accompanying caption, he called his yet-to-be-born baby “my biggest blessing in my life.”

Elijah and girlfriend-turned-baby mama Elsy threw a gender reveal for their friends and family on 1st March 2020. Both shared photos from the big day via their respective IG.

Two days after the celebrations, Elsy revealed baby E’s gender as a girl via a YouTube clip.

According to Elsy, Elijah was fully involved in her pregnancy journey. Admittedly, she couldn’t have asked for a better partner. With such declarations, fans couldn’t help but wonder if getting engaged — and perhaps married life — was the next logical step for the two.

On 25th March 2020, Elsy Guevara officially introduced Elijah to the public via an aptly-titled YouTube video “MEET MY BABYDADDY!” In it, the lovers-turned-co-parents delve into everything — from how they commenced dating to what were their respective pet peeves.

Amid the relationship talk, Elijah and Elsy shared their desire to get married in two years.

Elsy Guevara was tagged of being “ashamed” and accused of hiding her pregnancy by her fans. As...