Ray Reyes Wife, Kids, Cause Of Death, Height, Net Worth 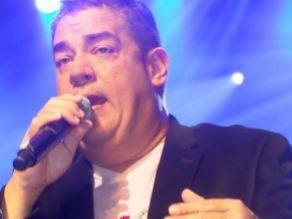 A former member of the boy band Menudo, Ray Reyes passed away on April 30, 2021. Breaking the unfortunate news, his brother Raül Reyes took it to his Facebook to write, “With enormous pain in my soul, I inform you, that my beloved Brother Ray Reyes passed away. I beg you to give us the space to digest all this situation and please pray for our family, especially my mother who is delicate.”

So, lets us pay tribute to the departed soul, and learn all about his upbeat life.

Ray Reyes Cause Of Death

It was May 1st when Raül Reyes first broke the news about Ray Reyes’s death to the world. However, he didn’t mention the cause of death there.

Later, Telemundo reported that Ray died of a massive heart attack on April 30, 2021.

Aside from sharing the unfortunate news, Raül also implored fans to “never forget his legacy”, and asked for them to “to unite, never leave to express the love and affection they feel for their neighbor.”

Also,  Raül revealed that the funeral for Ray will be held on May 4 at their hometown, Levittown, Puerto Rico.

As per his birthday, Ray was of the Pisces zodiac.

The NYC-born, Puerto-Rico-raised, Ray Reyes comes from a family of four. He was the younger sibling to inherit his father’s name, Rey Reyes Sr.

As for his brother Raül Reyes, he was also a musician/actor who worked as a Voice dubbing actor at Raül Reyes – Spanish Voiceover. Originally from Levittown, Puerto Rico, Raül resided in Miami Lakes, Florida as of 2021.

Talking about Ray’s mother (74 years in 2021), she is a Cancer Survivor who lived in Puerto Rico with a few health issues such as Fibromyalgia, Diabetes, Depression. In 2020, she suffered an Ischemic stroke, and since then, she cannot walk or even take care of anything on her own.

A musician, announcer, and producer by profession, Ray has many notable works entitled to his name. But mostly, Ray was recognized for being in the hit boy band  Menudo; and Ray hated it. According to him,

“Throughout the years, I’ve tried to reinvent myself, but no matter what I tried, the topic of Menudo always came up.  I’ve tried to take on other professions, but all anyone wants to know about is Menudo.”

Reportedly, Ray left the band in 1985 due to a growth spurt and was replaced by Raymond Acevedo. However, he again reunited with other former Menudo members in 1998 to celebrate the group’s 15th anniversary, and later, in 2005 they performed together as part of a farewell tour in El Reencuentro.

The band then continued to perform, and would eventually hit the stage as part of Menudo officially in 2016 and again in 2019.

After Ray’s death, his former bandmate Johnny Lozada took it to his IG to pay a tribute to his “life sibling” sharing a video of Reyes performing “Chiquitita.”. He captioned,

“How difficult it is to reach an age where your life siblings undertake trips where for now we cannot accompany them. But as the song says, the stars shine For you up there and that is how I will remember you.”

Ray Reyes was married twice. Unfortunately, both of his relationships ended in divorce. As the singer liked to maintain privacy in his love life, no information about his wife was available before 2021.

The former Menudo singer was survived by his two kids — a son named Marcos and a daughter named Cecilia.