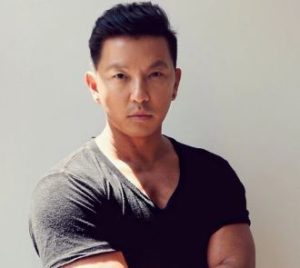 Designer extraordinaire Prabal Gurung is perhaps Nepal’s biggest pride and joy. Very few Nepali have done more to put their country on the world map than he has.

On 31st March 2019, Prabal Gurung turned 40 years of age. An Aries via Sun sign, he celebrates his birthday on the same day as social media stars Liza Koshy and King Jacob do.

Prabal was born to Nepali parents in Singapore in 1979. He spent his formative years in Kathmandu, Nepal.

Talking about his influences, Prabal inherited the for fashion from his biological mother Durga Rana, a former boutique owner.

In terms of nationality, Prabal holds both American and Nepali passports. In September 2013, he officially became a citizen of the United States.

Pursuing a career in hospitality, Prabal relocated to India and enrolled at the National Council of Hotel Management. Later, he attended the prestigious National Institute of Fashion Technology while interning for Delhi-based designer Manish Arora.

Circa 1999, Prabal left for New York. While in Big Apple, he interned for Donna Karana while attending the Parsons School of Design. After graduation, he first worked for Cynthia Rowley and then Bill Blass.

In February 2009, Prabal leaped faith and launched a self-titled luxury clothing line. Since then, he has collaborated with companies and brands such as “Onward Kashiyama,” “Target,” and “MAC Cosmetics.”

All thanks to his entrepreneurial endeavors, Prabal reportedly owns a net worth that touches the eight-figure threshold.

When Nepal suffered a devastating earthquake in 2015, Prabal raised more than $1 million in relief funds.

To insinuate that Prabal Gurung would have a wife is preposterous. As far as his fans are concerned, he has always identified as a gay man.

Given that Nepal gets dubbed “a third world country,” it is exhilarating to see how welcoming Prabal’s fellow countrymen have been about his sexual preference.

Speaking in front of a Nepali crowd in Kathmandu in 2018, Prabal infamously said,

“I’m a gay man and a proud one. Homosexuality is the essence of who I am.”

In the very interview, Prabal opened about being in a relationship. The world-renowned designer, however, didn’t reveal the identity of his partner/boyfriend. 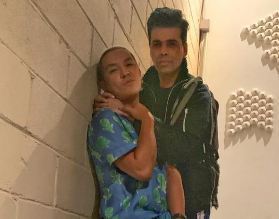 A champion of the LGBTQ+ causes, Prabal sparked dating rumors in May 2019 after wishing Indian director Karan Johar a happy birthday via Instagram. Following days of speculation, he shot down the relationship gossip calling Karan his dear friend and mentor.