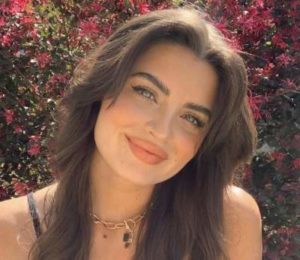 After filming was delayed due to the impacts of the COVID-19 pandemic, Matt James’s season of The Bachelor premiered on 4 January 2021. Viewers had only enjoyed the “Week 1: Season 25 Premiere” when Reality Steve gave away the ultimate spoiler of the dating game show. Steve, who has accurately predicted almost every Bachelor winner since the dawn of time, reported Matt would give his final rose to Rachael Kirkconnell.

So, who is Rachael? Well, keep reading to find out!

Born with the personality trait of a Libra, Rachael Kirkconnell turned 24 years of age on September 26, 2020.

Speaking of siblings, Rachael has a younger sister with the name Trinity Kirkconnell and a brother, Greyson Kirkconnell. 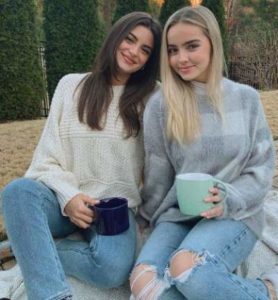 With beautiful eyes and personality to match, Rachael Kirkconnell stands to a height of above 5′ 5″ and a lately reported weight of under 54 kg or 119 lbs.

At the time, she styled her long, soft, and glossy hair with a medium-length wavy-shag around the crown.

It seemed Rachael’s fame on social media was getting bigger precisely after she decided to take on her role on the Bachelor Nation’s show.

Until 20 March 2021, she had 626k followers on Instagram. But she was not as active on her other page on Facebook.

Rachael Kirkconnell graduated from Georgia College (Milledgeville, Georgia) at the May 2019 Commencement Ceremony with a BBA Marketing degree. She had enrolled in the program during the fall 2015 semester. Between those years, she completed courses with exemplary marks and made the Dean’s List for several semesters.

Graphic Designer by profession, Rachael is expected to earn $3,041 per month, as a professional based in Georgia. While this is demographic speculation made by indeed.com other reports claimed she had over $100 thousand net worth as of 2021.

Talking allegation, a woman on TikTok accused Rachael of racist bullying in high school. She posted a video with the caption— “girlieeee, remember when you bullied me in high school for liking black guys???” Meanwhile, Rachael opted not to immediately address the allegation.

Fans also slammed Rachael for her old racially insensitive social media posts. She then received backlash after photos of her attending a plantation-themed party during her college days.

On 11th Feb 2021, Rachael finally apologized for her racist past via an IG post. Acknowledging the rumors, she admitted that her age didn’t excuse her actions. According to Rachael, her ignorance was racist. By her admission, she felt ashamed about her lack of education. Going forward, Rachel claimed she would stop people from making the same mistakes. She also asked fans to stop defending her.

Never been in love before, Rachael Kirkconnell got herself a ticket to the Bachelor to find out whether Matt James is the one for her. And just so it happened, Matt, the first Black Bachelor in the history of the franchise, too was looking for love for the first time.

Like the previous season of The Bachelorette, which ended with Tayshia Adams handing out her final rose to Neil Lane sparkler, Matt’s season too was filmed in isolation at a resort due to the ongoing COVID-19 pandemic.

And like always, while the show still ran, spoiler sources gave away their own version of prediction concerning the show’s winner or the final four. So, among the ethnically diverse 32 contestants, Reality Steve had already foresighted the viewers to watch out for Rachael and three more names: Michelle Young, Serena Pitt, and Bri Springs.

But then, of course, these spoilers were all unconfirmed until the season concludes for good. Also, one cannot dismiss Wikipedia ticking off Mariela “Mari” Pepin, Kit Keenan, and Abigail Heringer, as the notable contestants of the season.

In the finale, Matt would pick Rachel, saying he saw her as a wife and the mother of his kids. However, he refrained from taking the knee.

After the plantation-photo surfaced, Matt broke up with Rachel. After the finale aired, Rachel told her IG followers that she wished things would turn out differently.

Because Rachael Kirkconnell herself admitted to being a hopeless romantic “to her core” one could tell she would be aiming for a partner who is also romantic at heart.

Her ABC bio read “Rachael is hoping that her love story will be something huge and life-altering.” On it, she said she wanted to look back on her life when she is all old and feel like she has made the absolute most out of every single day.

Her ideal partner is someone capable of making every day with her something to tell their future children about. She knows life can be hard and really difficult and dark at times and this is exactly when she would want him. To love her more than he loves himself. Not to mention, her ideal is definitely someone who could compromise with her three favorites: good movie, good wine, and charcuterie boards. And, her obsession for organization and cleanliness.