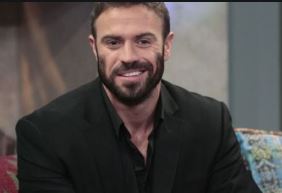 If there existed a villainous character in the Bachelor Nation, Chad Johnson would undoubtedly be the first one to qualify. His bad behavior permeated beyond the TV screen which landed him on hot waters.

For the latest scoop into Chad’s married life, jail records and net worth, take a jump into his bio and wiki!

On 11th August 2020, Chad Johnson celebrated his 32nd birthday. He was born with the full name Brian Chad Johnson in 1987. His Zodiac sign is Leo.

Chad is a native of Jenks, Oklahoma. His biological parents’ married life saw a tragic end when mama Johnson passed away from cancer.

One least known wiki info about the former “Bachelor In Paradise” star: Seven months after his mother’s death, he earned his reality TV debut.

He attended Jenks High School. For college education, Chad enrolled at the University of Oklahoma. Post-graduation, he served in the United States Marine Corps.

Appearing on the 12th episode of “The Bachelorette,” Chad Johnson entered the limelight. In his effort to win Joelle Fletcher’s heart, he turned villainous and earned the title “Bad Chad.”

Also in 2016, Chad appeared on “Bachelor In Paradise.” In the very first episode, he got ejected for bad behavior.

2017 saw Chad gain further notoriety as he was invited to the villas of “Famously Single” and “Celebrity Big Brother UK.” His next reality TV stop was at “Ex On The Beach.”

Beyond his career as a reality TV star, Chad held the job title of a luxury real estate agent.

Chad Johnson and model/influencer Annalise Mishler commenced dating in the Fall of 2019. At a red carpet event held two months later, they debuted their relationship. 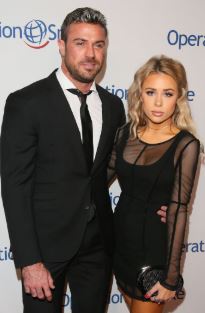 Annalise Mishler and Chad Johnson circa Nov 2019 (Pic – US Weekly)

When they first ignited their romance, Annalise opted not to care about public image. Looking back, the very decision would prove costly for her.

On 23rd February 2020, a drunk Chad appeared before girlfriend Annalise’s Los Angeles apartment and began behaving aggressively. When the social media sensation didn’t let him in, the reality star punch a hole through her wall and started calling her names.

A day after his drunken range, Chad was arrested and jailed on the charges of domestic violence and burglary.

Eventually, Chad would make an apology to now-former wife prospect but no avail. Annalise preceded to file a restraining order against him.

Back in 2017, Chad used to call model Zoe Baron his wife prospect. As the two didn’t get married, he had to rethink a new noun to address Zoe.