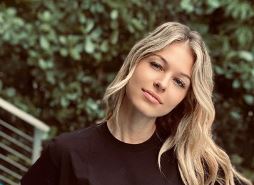 For an in-depth look into Cydney’s wiki and bio details, read about her married life, family background, and body measurements!

Cydney Moreau’s dating life hit the limelight in 2019. December that year, Nicky Jam was unveiled as her boyfriend.

Months before making their romance official via Instagram, Cydney was featured in the music video for Nicky Jam’s song “Atrevete.” As of February 2020, the collab had 111 million views on YouTube.

To those in the dark: Cydney’s other half Nicky Jam is a Boston, Massachautes-based reggaeton sensation known for songs “Hasta el Amanecer,” “Travesuras” and “El Perdón.”

From February 2017 to October 2018, Nicky was happily married to Angelica Cruz. Court papers cited irreconcilable differences as the reason behind their divorce.

Less than a year into their dating life, Cydney Moreau accepted the proposal from Nicky Jam. The lovebirds got engaged on 2020 Valentine’s Day. 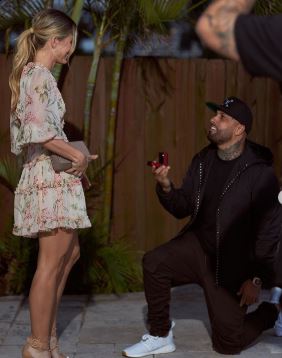 Via separate Instagram posts, Cyndey and Nicky announced the engagement. While the “X” hitmaker expressed elation while describing the milestone, the Instagram sensation called the moment “Best day ever”. At the time, neither Cydney nor her husband hopeful Nicky revealed when the two would get married.

In November 2020, Nicky shared he and Cydney had hit pause on their wedding because of the on-going pandemic. By February the next year, the couple had parted ways as the musician spent Valentine’s Day alone. Nicky confirmed the split in March 2021 noting the pandemic, differences in culture and language as the reasons. He also shot down a possible reunion stating he doesn’t go back.

Cydney Moreau hails from Louisiana, US — despite what her last name might suggest, she doesn’t own French nationality.

Born to parents named Sam and Melissa, Cydney celebrated her 26th birthday on 19th December 2020. Her birth sign is Sagittarius. She grew up next to sister Kaitlyn.

Without an official bio or a Wiki profile, info about Cydney’s family and siblings eludes public records.

Around 2013, Cydney graduated from the Teurlings Catholic High School. For college education, the celebrated Instagram sensation attended the University of Louisiana to study business administration.

At the University of Louisiana, Cydney Moreau was a Divison-I college track athlete.

Thanks to her athletic background, Cydney owns an enviable body with measurements of 33-26-36 inches. On the other hand, she has 57 kg of weight and five feet & nine inches (173 cm) in height.

Athleisure and sports brands, as well as fashion lines, have featured Cydney in its print campaign. Surely, the said gigs add to her $750 thousand+ net worth.

Based in Miami, Cydney ought to earn proficiency in Spanish by now. A large chunk of the city’s population is from Cuba and speaks Spanish.