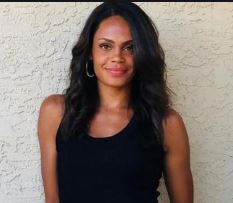 Michelle Young joined The Bachelor Season 25 as one of the 48 new casts (including 5 mid-season addition) attempting to win the heart of Matt James. Reality Steve considered her as one of the four contestants to look out for in the season.

Scroll down to learn more about Michelle from The Bachelor.

Michelle Young was 27 years of age at the start of 2021. However, she never shared precise details on her birthday.

In addition to that, Michelle’s zodiac sign remains obscure.

Michelle Young was born to her parents LaVonne Young and Ephraim Young in St. Louis Park, Minnesota, the United States. Besides the name of her parents, no further information surfaced on them.

Moreover, Michelle’s private nature didn’t allow her to share further information on her other family members. However, she grew up with two siblings Angela Young and Alex Young in her hometown of Woodbury, Minnesota.

As a player profile of Michelle Young in bradleybraves.com reported, she stands tall at a height of 5 feet 9 inches (1.75 meters). Whereas, she weighed 63 kilograms, because of its ratio to his height.

Moreover, Michelle has a beautiful dark complexion, keeps long hair, and has the sweetest smile to light up the room that also happens to be her distinct feature.

Moving on to her social media reach, Michelle Young could only be found on Instagram. The platform earned her 388 thousand followers until March 2021.

To start this section, Michelle attended Woodbury High School in her hometown in Minnesota. The Minnesota-native started her basketball career in high school. She averaged 22.1 points per game as a senior.

Following high school graduation, she went on to attend Bradley University in 2011.

Michelle played the position of the guard in the basketball team. During her basketball career, she won multiple awards and accolades including Honorable Mention All-MVC, Two-Time First-Team MVC Scholar-Athlete, Senior Class Award Candidate, MVC Player of the Week, Bradley AD Honor Roll, MVP (Most Valuable Players) at All-Star Tournament in Minnesota Girls Basketball, and a few others.

Michelle graduated from university with a bachelor’s degree in elementary education and teaching.

Immediately after graduation, Michelle joined Whittier Primary School in August of 2015. She worked in the school for 5 months quitting in December of 2015.

Following that, Michelle started working as 1st Grade Teacher-LC in Carver Elementary School. She worked for almost three months in the school in Maplewood, Minnesota.

Starting from August of 2016, Michelle has been working in Normandale Hills Elementary School as a 5th Grade Teacher.

While working as a teacher, an average Minnesota teacher makes $61k per year. That and her income from the show, Michelle stacked a total net worth a little above $150 thousand.

Talking about Michelle’s career in a reality show, she was one of the 48 casts of The Bachelor Season 25 competing for the heart of Matt James. The show was filmed in a resort named Nemacolin Woodlands Resort away from Bachelor Mansion during the time of the pandemic that aired on 4 January 2021.

However, Reality Steve unraveled a few details on the prospective contestants who are eligible to win the heart of Matt James. As the website noted, she is among the four ladies to watch out for including her fellow cast members Rachael Kirkconnell, Serena Pitt, and last but not least Bri Springs.

In Season 25 of The Bachelor, Michelle wasn’t on the original cast list. As unfolded by Reality Steve, she was among the five new additional casts (Brittany Galvin, Catalina Morales, Kim Li, and Ryan Clator) added after the show started filming. While she shared less screen time than the other cast members, Michelle allegedly still makes it to the Final Four in (Hometowns Week).

As claimed in Reality Steve, Michelle along with the wildcards makes are introduced in the show after the second rose ceremony. Furthermore, the site predicted Rachael Kirkconnell to take the final rose. Moreover, Reality Steve also tweeted details on Michelle’s Instagram account in a series of photographs.

As for Matt James, he is a bachelor hailing from Raleigh, North Carolina. He majored in economics at Wake Forest University who played wide receiver for the college’s football team. The Bachelor also gave his best shot to make it into NFL through Carolina Panthers and New Orleans Saints. He worked as a real estate broker at CBRE and also founded ABC Food Tours. Matt also made it to the cast of Clare Crawley’s heart on Season 16 of The Bachelorette that delayed due to the COVID-19 outbreak.

Meanwhile, Michelle had been preparing herself for marriage a while before. She was the maid of honor for her friend Jaclyn’s wedding in 2016.

Michelle was eventually the runner-up during Matt James’ The Bachelor season. Matt had sent her home following a tough conversation between them. Speaking at the After The Rose special, Michelle revealed she experienced hurt by the breakup. Matt would apologize to her for not giving the closure she needed.

During The Bachelor: After The Rose episode aired in March 2021, Emmanuel Acho announced Katie would take the lead in Season 18 of The Bachelorette.