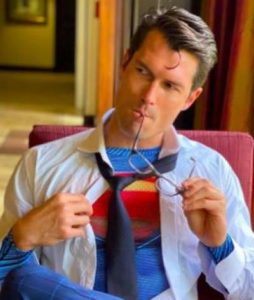 “Mature” and ready to find himself a wife Bennet Jordan seemed excited to go on the chase for the woman of his dreams on season 16 of The Bachelorette.

His time on the dating show had been rather unique as compared to the time the previous casts spent, because of the COVID-19 pandemic.

Just so you know, the season was filmed in a quarantined bubble at the La Quinta Resort and Club.

Here’s everything you need to know about Bennett and how he is keeping up to impress the Bachelorette in the show.

Bennett Jordan and his siblings Nathan and Kam Jordan share June as their birthday month.

Bennett, meanwhile, was born on 30th June making him a Cancer.

He turned 36 years of age this year.

Bennett Jordan’s mother Elaine Cawood Jordan seemed quite keen on using Facebook. According to her page, she is from Ringgold, Georgia and now lives in Marietta, Georgia.

She often shared family moments on her Facebook Bennett otherwise kept hidden from his fans. 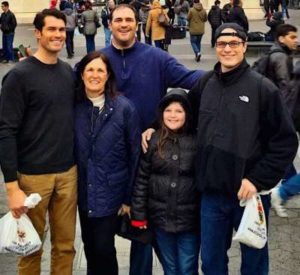 Bennett and his family, seen circa January 2016 (PIC: Elaine’s FB)

According to the proud, good-looking mother, she has three sons including Bennet.

Although we did not quite learn any cues collectively about both of the reality TV star’s parents.

The family lately lost a beloved family member. Elaine’s mother and Bennet’s grandmother passed on the 10th of March in 2020 at the age of 87.

Bennet recently shocked the Bachelor Nation by giving away his surgery plans.

He shared how he has two tears in his meniscus i.e. he suffers from a condition called torn plica and bursitis and that he was getting surgery in January the coming year.

Bennet Jordan’s Instagram following continued to rise high ever since he first entered La Quinta in a Rolls-Royce.

While he is also on Twitter, he is not so famous there.

Bennett Jordan is a Harvard University graduate. More to his educational background: He completed a bachelor’s degree in Political Science and Government in 2007. Also, before this, he went to Phillips Academy Andover and Marist School.

As of late-2020, Bennett Jordan continued working as a Managing Director at Whitney Partners, LLC, a company based in New York, New York. And thus far in the journey, he accumulated $600 thousand and counting net worth.

Before, when during his run on The Bachelorette for Clare, Bennett was one of several contestants to poke fun at Dale, the former NFL star during a group date roast. (This obviously did not please Clare).

Later, he had explained the reasons he threw jabs at the former contestant.

During an interview on the “Bachelor Happy Hour” podcast Bennett had put the incident this way:

“In any competition — whether you’re doing an election, whether it’s sports or business — you kind of go after the top dog. You can’t be afraid of that, that’s the man to beat. I think it was kind of clear at that point with Dale that there was a lot of favoritism. You could tell that his relationship was moving along with Clare quite rapidly.”

Reality Steve reported Bennet Jordan was previously engaged to some lady with the name Liz Brim.

Based on the now-deleted posts from his social media, it is believed the two were dating by 2015.

Although the conclusion of the relationship remained a mystery, Bennett did not want to keep it a secret on the show.

When he faux-proposed to Tayshia during a challenge, he opened up to her about having once been engaged how the very moment made him emotional and reminded him of the past. 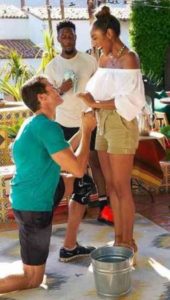 Bennett Jordan with all his might tries to win over Tayshia Adams (PIC: Bennet’s IG)

As Bennett let on how he connected he felt to her, he also shared he had ended that engagement because he knew it was not right and he has no regrets about it. His words were,

“I’ve seen bad marriages, I’ve seen bad relationships. I think sometimes when people get married, it’s for the wrong reasons. And basically, I was close, and I knew it wasn’t right”.

Further, he explained getting down on one knee:

“But today was a massive pivot point for me. When you’re on your knee, having been in that situation in the past, things got real…It was a reality check…one that excited me…I never thought this was going to happen and I’m so excited for it.”

Tune into the upcoming episodes of the show airing on the ABC network. Will Tayshia really chose Bennett to be her husband realizing “he is the total package” just as Bennett says.