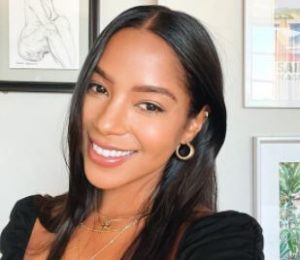 Starting 2021 with a brand new season of The Bachelor, ABC presented us with 32 women cast including Rachael Kirkconnell, Michelle Young, Serena Pitt, and our star for the article Bri Springs.

Bri would make it to the Final Four and mark her name by the end of the season. With the hardships that she was built upon, we believe that Bri deserved the fame that came along with the show.

Get to know everything about her over this wiki.

Bri Springs was born on November 23, 1995. That made her 25 years of age in March 2021 and put her on the younger side of the contestants on The Bachelor season 25.

As per her birthday, Bri is of the Sagittarius zodiac.

What made Bri Springs and Michelle have a strong connection on The Bachelor, was their childhood. Both of them were raised by their mothers and grandmothers. Bri shared that her family gave her “a fighting shot at having a successful life” and now she outworked everyone around her.

Talking about her parents, Bri’s father remained anonymous, while Bri’s mother is named Lauren Stoppelbein. She worked as an Aesthetic Practice Manager at Krauss Dermatology, lived in Boston, and tagged herself a “feminist”. Also, Lauren is a beautiful Persian-looking lady who, while standing beside Bri, appeared more siblings than mom-daughter.

Moreover, even Bri thinks that she looked like her mother. She wrote, “the older I get, I look more like my mother, I’m so thankful for that.”

Lauren was 13 she became pregnant with Bri. She raised Bri as a single mother. Bri and Matt James even bonded over their similar upbringing. Talking about her absentee father, she once said— “He was absent most of my life and whenever I was younger, I would find myself waiting for him. Growing up, everyone would always ask me, ‘Where’s your dad? Don’t you love your dad? But you still love your dad, right?'”

Also, Bri and her mother both were born in San Antonio, Texas. However, Bri lived in  San Francisco, CA during her appearance on The Bachelor. Thus, her profile mentioned her hometown as San Francisco. Furthermore, Bri wasn’t the only woman in the show who hailed from San Antonio. Jessenia Cruz and Alana Milne grew up there as well.

As for her ethnicity, Bri Springs comes from a mixed-race.

Trivia: Bri has an uncle named Robert Stoppelbein a.k.a. Sweet Bobby who is a self-proclaimed actor. He lived in  Beverly Hills, California, and worked as a vice president at CNI Problems Solvers.

Her distinct features include – dark eyes and hair, pierced ears, and a triangular face. Also, she has a wave tattoo on her left wrist and another on her right rib cage that reads “thirteen” in Farsi.

As of March 2021, Bri entertained 269K followers over Instagram. She rarely updated her pictures and when she did, we could mostly find her near water — oceans or lakes.

Bri Springs’s ABC bio started that she worked at “a high-profile social media company and is very proud of her achievements.” Though not much detail was shared about her job, it was mentioned that she worked as a communications manager in San Francisco, CA.

In 2021, Bri Springs’s net worth was over $100 thousand. Just in case you are curries, a communications manager in San Francisco, CA earned around $85 thousand per year.

Details on her education weren’t shared.

Her dreamed was to live in Kauai and experiencing island life eating nothing but sushi, swimming in the ocean, and hiking.

Bri Springs appeared on season 25 of The Bachelor that premiered on Jan 4, 2021.

The women this season would be competing to win over then-28-year-old Matt James who a real estate broker and also the first Black bachelor in the show’s history. However, Matt was previously all set to a cast member on Clare Crawley and Tayshia Adams‘ season of The Bachelorette. But due to the COVID-19 pandemic, the filming was stopped. It gave the producers a chance to know Matt better, and everyone agreed he would make a perfect Bachelor.

Before The Bachelor Premiered, Reality Steve predicted that Bri might be one of the contestants on the Final Four. True to the prediction, Bri made the Final Three before Matt sent her home in Week 9.

Speaking after the season finale, Bri insisted she was still in love with Matt but wished him the best. Admittedly, she wasn’t a fan of Matt’s new beard.

An Ideal Partner for Bri Springs would be a submissive man. But at the same time, someone who “can challenge her and keep life interesting and exciting.”

She shared that she was always “the alpha in the relationship.”

All set with her professional life, Bri was ready to focus on her love life and find the man of her dreams.