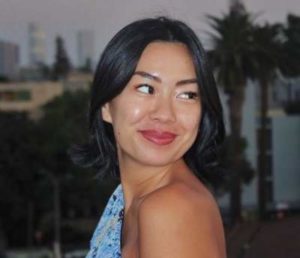 How great it is to hear that after spending the last year fighting tirelessly on the front lines of the COVID-19 pandemic, Kimberly (Kim) Li, an ICU nurse decided to tend to her own heart going on Matt James’s season of The Bachelor.

Here’s everything you need to know about Kim who became one of the ethnically diverse 32 contestants on the 25th renewal of the ABC network’s dating game show.

Originally from her hometown of Cypress, California, she started living in Los Angeles sometime in 2015.

Her Facebook bio read her relationship status as single and she listed Alex Li as her brother, Alexis Perry as a mother, Jay Shafer as a grandfather, and Li Sylvia just as a family member.

While clearly, it is Sylvia Li that is Kim’s mother. Occasionally, she posts her mom’s picture on social media with the likes of “How cute is my mom living her best life in the motherland” as captions.

So, Kim’s mom, who has been in the real estate industry for more than 15 years, is from Taipei, Taiwan, contributing half of Kim’s ethnicity which is Taiwanese. At the time, one could not tell if Kim acquired a similar or some other heritage from her father.

For someone from the medical field, Kim is very fashionable. To the extent that she could even pass as a model.

Seemingly shy, her eyes are black and her hair of a similar shade was styled shoulder-length when she showed up for the first time on television.

As of Jan. 2021, Kim Li could be found only on Facebook and Instagram. And, she was doing pretty well for herself on Instagram with only getting-bigger 19.4k followers.

While you may not already know this: Kim used to be a travel and fashion blogger under the moniker ‘Kim Away With Me’.

Kim Li is an experienced Registered Nurse with a demonstrated history of working in the hospital and health care industry. As of July 2017, she was working as a cardiovascular intensive care nurse at Cedars-Sinai in Greater Los Angeles Area.

The Beyonce fan with a BSN, Registered Nursing from California State University (2010 – 2015) would have been an interior designer if she had not pursued a medical career.

Speaking of net worth, her wealth as of early 2021 was estimated at more than $400 thousand.

Kim, a pool player, dancer, and a total thrill-seeker, appeared on the fourth episode of the show, as one of the five new contestants. It is said, she took to the show to focus on herself and hopefully return home with Matt James by her side.

However, she did not make it to the final four predictions by Reality Steve, who is known to have accurately predicted almost every Bachelor winner since the dawn of time.

Then again, even though Steve foresighted the viewers to watch out for Rachael, Kirkconnell, Michelle Young, Serena Pitt, and Bri Springs, these are just spoilers and unconfirmed until the season concludes for good. 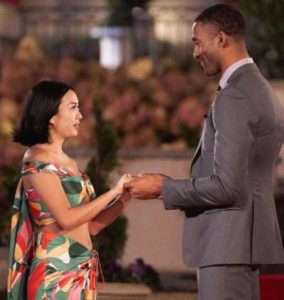 Kim Li gets to meet the Bachelor (PIC: Kim’s IG)

The last time we saw Kim with Matt on the January 25, 2021 episode of the show, she appeared pretty polished, confident, and in hopes to win the final rose from him.

They first met in college at freshman orientation, when David thought Kim was adorable and sat behind her. “Then asked me for a pencil because who doesn’t bring a pencil to the first day of school?” Kim had explained in a YouTube video titled “Boyfriend & Girlfriend Tag.”

Anyway, they decided to part and this Kim revealed in the comments of a birthday tribute to one of her friends.

About her ideal partner, from what her ABC bio read, she tends to wear the pants in relationships and thus she looked for a confident man and won’t be intimidated by her professional success. Kim, it said, is truly looking for her equal counterpart to share her life with.