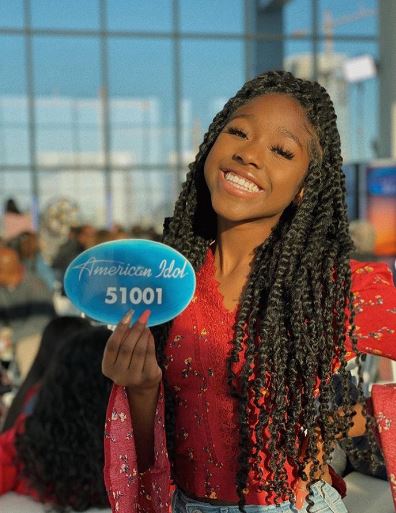 When Olivia Ximines was younger, people were always telling her she had something and that she was going to be something in life. Olivia, however, did not see it until she was twelve-years-old when she realized that she had in her an exceptional musical talent.

She used to sing gospel songs in church and by the time she was eleven, she came to know about secular music.

Olivia grew up listening to the music her sister played but did not grasp until later that she too was blessed with the most beautiful voice.

Below, in the writing, get to know all about the American Idol season 18’s young contestant.

At the age of 12, Olivia Ximines went to a performing arts school. There she got a lot of musical experience which as a result boosted her confidence— especially in terms of singing.

As of April 2020, she studied in the 11th grade in Orange Vista high school, which is in the Val Verde school district in California. There, she was a member of the dance team and was also named a “junior homecoming princess”.

Coming to her family life: Olivia Xiimines has a sister who is eight years her senior; the elder one goes by the name “Queen B” on her Instagram. 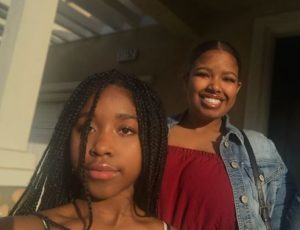 Olivia was accompanied by her mother to almost all of her American Idol stage acts. And that was all the information available on Olivia’s parents at that point.

However, Olivia, when talking to Billboard, said she had “a lot of” little cousins in her family. She added how she loved being around them. “They’re the best and I’m always willing to help them”— were her words.

Also, she confessed, partly because of her cousins, she had this dream of becoming a pediatrician someday. “I want to sell out shows but I also still want to be a pediatrician,”— the young one stated, all determined.

Olivia announced her American Idol bid via social media as she completed her audition in Los Angeles. She sang “Language” by Tori Kelly which took her to Hollywood Rounds, Hawaii Round, and eventually to a “Top 20 finalist” position.

Oftentimes, she spoke how excited she was to be on Americal Idol; and, this was indeed obvious in the way she performed “I Wanna Dance with Somebody” by Whitney Houston and “Proud Mary” by Tina Turner, amongst a few others.

Singing from the confinement of her home, Olivia performed Billie Eilish’s hit smash “Bad Guy” during the Top 20 Round.

At the moment, it was not yet known how her journey in American Idol would end up. In stark contrast, Olivia Ximines’ net worth surpassed the $100 thousand thresholds.

Besides an amazing voice, Olivia Ximines is also undeniably very good-looking. She stands to an unknown — however — a beautifully proportionated five feet six inches height and 55 kg weight. Her long black hair, reaching up to her back, only added to her beauty.

Periodically, on her social media, she showcases the musician in her. One can see how she completely loses herself in the performance.

Olivia Ximines once uploaded this soulful cover of “Can’t Help Falling in Love” by Elvis Persley, and her fans could not help but wonder if Olivia too had fallen for someone in real.

All the same, like many other details on her personal life, her dating status too stayed unheard of. She never commented on having a boyfriend, as of the 2020’s early spring.