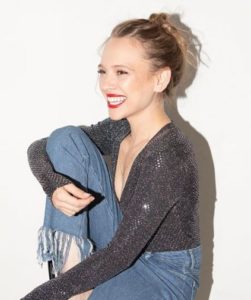 In 2018, Shira finally won the latter one for Noble Savage in the category of “Best Supporting Actress.” She also had been honored with several other memorable accolades, throughout her career.

Circa April 2020, Shira took home the coveted “Best Actress” honor at the Tribeca Festival for her role in the film “Asia.”

In the article below, get to know the young-talent a bit more: everything from her wiki, bio, and nationality to her dating status, early life, and siblings.

Celebrating her birthday every year on 11th May, she turned age 24 in 2019. As per her birth sign, she is a Taurus.

Shira Haas was born and raised in Hod HaSharon, Israel in a Jewish family. Furthermore, she lived in Tel Aviv, one of the most populous cities in the Gush Dan metropolitan area of Israel.

Her parents are named Eran Haas and Ariela Wrubell Haas. Also, she has an elder sister named Dotan Haas, who is married and shares an adorable baby boy with her husband. As per her professional life, Dotan is the founder of DH-community & marketing and CEO of The Tribe.

From her parents, Shira inherited a blend of sabras of Polish, Hungarian, and Czech heritage. What’s more, her grandparents were Holocaust survivors.

Besides her hard works, she credited the support from her family, to have led her to a flourishing career path.

As a child, Shira Haas was shy, loved writing and theatre. Pursuing her education accordingly, she got accepted to an arts high school in Tel Aviv and was approached by the casting director for her first film, Princess, in 2015.

Thereafter, the raves and honors for the character she played led her to the Israeli drama television series, Shtisel, and a war drama film, The Zookeeper’s Wife.

In March 2020, she starred as Esther “Esty” Shapiro, a Jewish role, on Netflix’s Unorthodox: The Scandalous Rejection of My Hasidic Roots. Author Deborah Feldman’s autobiography inspired the four-part miniseries. According to Shira, the showed aimed to bring its audiences the message — that “we have a lot more in common, as Jews and humans, than we realize.”

While auditioning for Unorthodox, Shira sang Leonard Cohen’s Hallelujah. Even with the stellar cast, she felt taken aback by the positive responses from the critics and fans of the show.

Oftentimes traveling for projects, Shira was yet to reveal the numbers to her net worth as of early-2020.

Her social media galleries were mostly the updates to her viewers from her freshest works.

Shira Haas was yet to get married and didn’t have a husband as of 2020. Even so, she was openly committed to her boyfriend Daniel Moreshet, whom the actress also referred to as her “soul.” 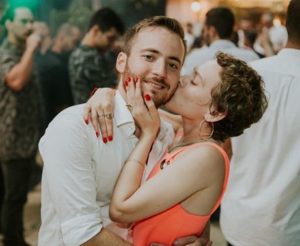 Daniel, also Israel-born, is a social media star. He is famous for documenting personal photos of everyday life on his Instagram. What’s more, he owned over 202K followers on the platform.

Time and again, Shira and Daniel shared pictures of them hanging together on their social media app.

You May Also Like: Sona Gasparian Husband, Married, Net Worth, Wiki, Makeup