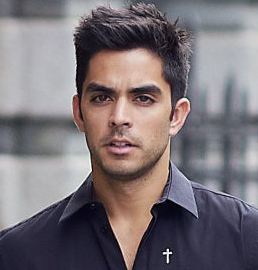 Before his romantic ties with Devon, Johnny was also famous as the brother of ring designer Alexis Barbara.

Here’s everything you need to know about Johnny and Devon’s history:

In June 2018, Johnny Dex Barbara got engaged to then-girlfriend Devon Windsor. The engagement made headlines for its extravagance including the “Marry Me?” (spelled out in rose petals) stunt.

Before popping the big question, Johnny had flown Devon to an island in the Bahamas. Not only did he handpicked the diamond used in the ring, but he also designed it. 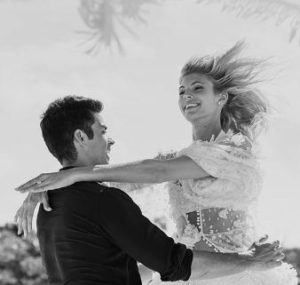 Johnny and Devon Windsor after getting engaged (Pic – Heavy)

A month before getting engaged, Johnny and then-girlfriend Devon celebrated two years together. The lovebirds had started dating in March 2016.

On 13th November 2019, Page Six reported that Johnny Dex Barbara and wife hopeful Devon Windsor were all set to get married that weekend.

The wedding rumors caught like a wildfire after Johnny and Devon’s families were spotted in Guadeloupe before flying to St. Barts.

Per Page Six, Shanina Shaik would witness Johnny and his wife prospect Devon get married. 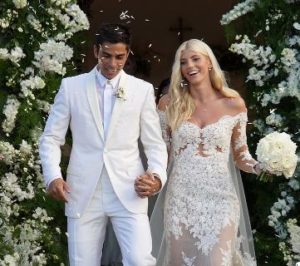 Confirming reports from Page Six, Johnny and Devon got married on 15th November 2019. Surrounded by friends and family, the duo tied the knot inside a St. Barts church.

As Johnny and bride Devon walked out of the church, they were greeted by friends and family throwing rice at them.

On the big day, Johnny looked dapper in an all-white ensemble. On the other hand, Devon – who was walked down the aisle by her father – wore a floral lace-detailed wedding gown.

In March 2021, Devon took to Instagram and revealed she and Johnny were expecting their first child. She wrote— “Mom & Dad 💕
I’m pregnant 👼🏼 !! Johnny and I are so excited to finally share the news with you guys! I have dreamt of being a mama my whole life. We are so grateful for this little angel in my belly, and are so excited for this new chapter in our lives! Sending extra love and light to the mamas out there who are trying to conceive. I am hopeful your miracles are around the corner! ✨”

Johnny Dex Barbara celebrates his B-Day on 8th March every calendar year. Per his birthday, he is a Pisces. Sadly, info about his age evades public circles.

Talking about his ethnicity, Johnny reportedly carries Cuban ancestry in his bloodstream.

As stated earlier, Johnny isn’t his parents’ only greatest achievement. He is siblings with sister Alexis Barbara Isais — the founder of the fashion label “Alexis.”

Johnny was raised in a life of luxury. His father Oscar Barbara was a millionaire property developer. Oscar also served as the president of “Quantum Homes and the Builders Association of South Florida.”

If rumors are true, Johnny aims to inherit his dad’s real estate business. No doubt, the gig would cement – and built – his growing net worth.

Unmissable Facts About Him!

In November 2016, Johnny and then-girlfriend Devon Windsor took a trip to France.

Johnny and Devon Windsor were photographed living their best life in Mykonos, Greece in August 2017.

As of March 2021, Johnny didn’t garner a blue check on Instagram. Some 18.3k people followed him on the platform.

Also, Celebrity friends of Johnny and Devon Windsor used the hashtag #DevotedToDex to the wedding photos on social media.