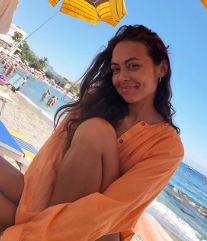 An internet personality-turned-entrepreneur, Emily Oberg rose to popularity because of her work with Complex Magazine and its YouTube platform.

For an in-depth look into Emily’s love life and career, read her wiki!

Emily Oberg is quite a catch — a fact that must’ve crossed David Obadia’s mind when the two first began dating.

To those in the dark: Emily’s husband prospect David is a revered name in the fashion industry. Among the hosts of businesses he owns, New York-based “Brooklyn We Go Hard (BWGH)” and France-located “Harmony Paris.”

In March 2019, Emily unveiled David as her boyfriend. She did so by sharing a photo of her kissing on his right cheek. 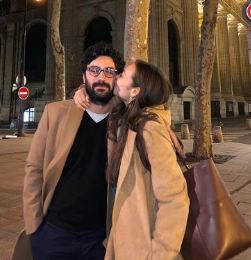 As to how the lovebirds crossed paths: Emily probably met her future boyfriend at a fashion industry event.

Emily and David took their relationship to the next level by featuring their Asics collaboration on their respective Instagram handle in November 2018. They handpicked model Zaria Michelle to star in their passion project.

A native of Calgary, Canada, Emily was born to a Filipino father — who was a sneaker and Hip-Hop head — and an Orgeon-born mother who inspired her work ethic.

Following her parents’ split, young Emily grew up under the care of aunts and grandparents.

Accompanying her in the family tree are Emily’s siblings: brother Jory Oberg and a half-sister (born 2011) who lives in Hawaii.

After high school, Emily graduated from Blanche Macdonald in communications and fashion marketing in 2013.

Post-college graduation, Emily relocated to New York, the USA from her native Canada. Her sole motive — To immerse herself in the world’s largest fashion capital.

Circa mid-2010s, Emily Oberg founded the lifestyle brand “Sporty & Rich” Based in New York, the said lifestyle label included a magazine that focused on art, music, and style.

Breaking free of her responsibilities with “Sports & Rich,” Emily dabbled in brand consultation.

Between January 2017 and January 2018, Emily gained valuable lessons as the Women’s Creative Lead at “KITH NYC.” Before the gig, Emily worked at Complex as an editorial producer for three years.

For people wishing to have a flat tummy likes her, Emily once listed a diet that included “No sugar and keep carbs to a minimum. No white flour, bread, pasta, etc. 3 liters of water a day also!”