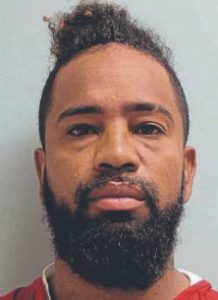 In mid-November 2019, disgraced MLB star Felipe Vazquez was slapped with 21 fresh charges — ten counts of unlawful contact, ten counts of child pornography, and one count of corruption of minors.

All three charges are third-degree felonies. If convicted, Felipe could face seven years in a prison sentence.

Back in September 2019, Felipe was arrested for allegedly having sex with a 13-year-old girl. Per court documents, he sexually assaulted his teenage victim in 2017 in Pennsylvania in his Ford Mustang.

When the victim’s mom discovered the texts sent and gnarly videos and photos sent by Felipe, she alerted the authorities who nabbed the MLB star.

Upon his arrest, Felipe was charged with three felonies which included corruption of minors, unlawful contact with a minor, and statutory sexual assault.

In addition to 24 charges in Pennsylvania, Felipe was facing 2 more in Florida, when his teenage victim’s reported the crimes.

Up until his arrest in September 2019, Felipe Vazquez was having an amazing season with the MLB outfit Pittsburgh Pirates.

Per the 2018 contract with the Pirates, Felipe bagged $2.5 million salary p.a. Endorsement deals coupled with the stated yearly income constituted her seven-figure net worth.

Discussing his family life: Felipe Santiago Rivero and Omaira Blanco de are his biological parents. Meanwhile, Prescilla Vazquez is his only known sibling.

Per his Wikipedia profile, Felipe changed his surname (from Rivero to Vazquez) so that he and his sister Priscilla could have the same last name.

With over 180k followers (Nov 2019), Priscila is an Instagram sensation. The brunette bombshell also acted as Felipe’s agent.

In 2008, Felipe Vazquez joined Tampa Bay Rays as a free agent. He spent the next seven years developing as a pitcher before getting traded to Washington Nationals.

Despite his ever-so-growing MLB profile, Felipe maintained a low-key romantic life. Forget wife, there wasn’t a woman who outed herself as a now-disgraced star pitcher’s girlfriend.

As of November 2019, Felipe didn’t have a girlfriend who could potentially become his wife. Neither did he previously enjoy married life and had the luxury of raising children.