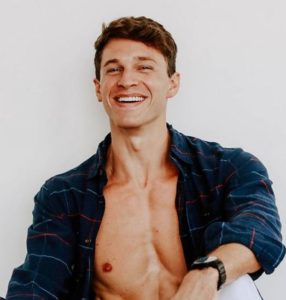 Talking exclusively to PEOPLE, the “Bachelor In Paradise” alum shared that he and Whitney “weren’t connecting anymore.” By his admission, the couple rushed into a relationship.

Sparks were flying when the two first met in Mexico at fellow BIP stars Krystal Nielson and Chris Radone’s wedding.

Connor then banked on Whitney’s return. But by the time she arrived, he opted to leave the beach.

Upon her arrival on the show, Whitney learned about Connor exit and began pursuing him. To her surprise, he was waiting for her by the door. 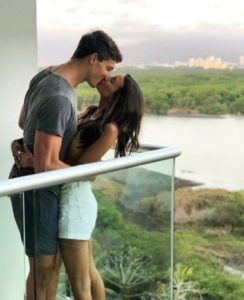 Things seemed rosy at first between the two.

Leaving Mexico, Connor and then-girlfriend Whitney left for the latter’s hometown in Mexico. She even introduced him to her friends.

By late-August 2019, the lovebirds’ dating life hit an all-time low. And according to Connor, the long-distance nature of the duo’s romance eventually led to the split.

A native of Dallas, Texas, Connor Saeli turned 25 years of age on 1st January 2019. He celebrates his birthday on the same day as Twitch sensation Crayator and musician Nia Lovelis.

The “Bachelor In Paradise” alum comes from a family of five. Siblings with a brother and a sister, Connor is one of his biological parents three offsprings.

As a high school student, Connor excelled in swimming and even competed on a national level.

How Much Does Connor Saeli Owns In Net Worth? Job & Height

After college, Connor went on to work for “Transition Capital Partners” before joining “Goldman Sachs.” He left his position at “Goldman Sachs” in the early-2019, after three years of employment.

An avid traveler, Connor reportedly owns a seven-figure sum in net worth.

Making most of his six feet & six inches height, Connor skyrocketed to fame by competing in the 15th season of “The Bachelorette.” He exited the show in week seven.

Connor returned for the sixth installment of “Bachelor in Paradise,” only to quit in week five.