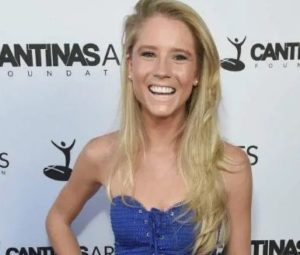 Cassidy Gifford hit the limelight as the daughter of former “Today” show co-anchor Kathie Lee Gifford. However, it was the rising actress’ performance as “Reagen Decker” in the TV series “The Baxters” that made her a household name.

Unravel Cassidy’s career and romantic life by studying her bio!

Cassidy Gifford discovered her passion for acting like a child. The same remains true of her future husband prospect Ben Wierda.

When Cassidy first crossed paths with 14-year-old Ben, she was 11 years of age.

To those unfamiliar, Cassidy’s husband is the nephew of U.S. Secretary of State Betsy Devos. One of his biological parents’ three children, Ben is the graduate of Pepperdine University. In October 2017, he joined “Clarion Technologies, Inc.” as the company’s business manager.

Following a decade plus-long dating period, Cassidy accepted the proposal from then-boyfriend Ben in November 2019. The news of them getting engaged was first shared by her mom Kathie Lee Clifford via Instagram. 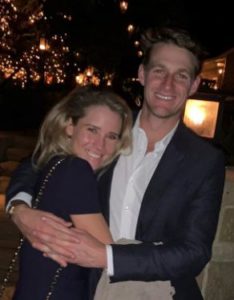 Despite the joy surrounding the milestone, neither Cassidy nor her boyfriend-turned-fiance Ben offered not to comment when they preferred to get married.

“Ben and Cassidy got married in an intimate setting in his backyard in Michigan. They’re planning on having a big celebration when it’s safe to do so in the future.”

In days leading up to the wedding, Cassidy’s mom Kathie Lee Gifford professed excitement. Sharing a photo her on a tractor on IG, she wrote:

“When the mother of the bride can’t contain her joy!!!”

As for Cassidy, she didn’t immediately share photos from their wedding. There was no knowing if her husband had done the same because he kept his Instagram private.

On 2nd August 2019, Cassidy Gifford turned 26 years of age. A Greenwich, Connecticut-native, she plays big sister to a brother named Cody Gifford. Meanwhile, Kyle, Jeff, and Vicky are her half-siblings.

What Does Cassidy Gifford Do For A Living? Net Worth + Movies

As stated earlier, Cassidy Gifford makes her living working as an actress.

11-year-old Cassidy made her acting debut with the 2004 TV film “Like Cats and Dogs.” In the subsequent years, she starred in movies including “Adventures of Serial Buddies,” “God’s Not Dead,” “The Gallows,” “Caged No More.” “Time Trap” and “Ten.”

On the TV front, Cassidy owns acting credits on TV shows such as “The Detour,” “Blue Bloods,” “The Suite Life on Deck” and “That’s So Raven.”

According to celebritynetworth.com, Cassidy flaunts beyond $10 million net worth.

Cody Gifford has constantly been in the news either with stories surrounding his mother, Kathie Lee Gifford,...

Randy Cronk is an insurance agent hailing from Spring Hill, Tennessee. As of 2020, he was serving as the...