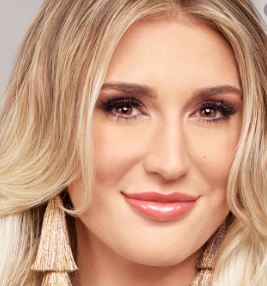 Read until the end to discover essential wikis related to Eliza including her husband, net worth, and parents!

On 26th December 2020, Eliza Limehouse became 24 years of age. Jade Thirwall and Andy Biersack are her birthday pals. She is a Capricorn.

Born into an illustrious Charleston, South Carolina-based family, Eliza grew up in a life of excess at the plantation called “Airy Hall.”

From 1995 and 2017, Eliza’s politician father Harry B. “Chip” Limehouse III served in the House of Representatives. Her mother, meanwhile, reportedly runs an animal rescue center.

Graduating from a college a year earlier, Eliza Limehouse became engaged with the family business that included “Limehouse Properties” and Charleston hotels in the clan’s portfolio.

Putting her five feet and seven inches+ height to use, Eliza features in local fashion shows. TouT Models had signed her as a hot prospect.

When not busy amassing her $5 million and growing net worth, Eliza advocates for animal rights. Reportedly, the “Southern Charm” star wanted to become a politician from an early age.

Who Is Eliza Limehouse Husband?

Following a year-long dating period, Eliza accepted the marriage proposal from Mark who had popped the big question with a stunning engagement ring. 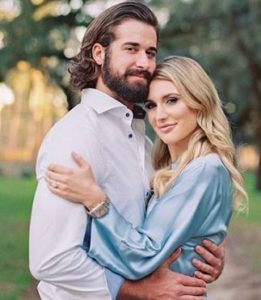 On Valentine’s Day, Eliza shared the news of them getting engaged in the world via Instagram. The announcement read,

“We are engaged!!!!! Happy Valentines y’all! cheers to forever @_struthers I love you!!!”

When the news of Eliza and Mark getting engaged broke, the duo’s Insta feed was bombarded with congratulatory messages.

Following the engagement, an elated Eliza Limehouse sat down with People to discuss the milestone.

Eliza, however, didn’t share the wedding date. Nor did she go into details as to how the two would get married.

An excerpt of her People interview – wherein she raved about her Mark “Struthers” McBride Jr. – read,

Finally, in October 2020, Eliza and Mark tied the knot at a private ceremony at her Grandparents’ estate in NC. Remembering the wedding, she called the day perfect.

A week after their nuptials, Eliza announced she and Mark were expecting their first bundle of joy — a baby boy.

By her admission, the pregnancy was a total surprise. In her own words:

“I was feeling a little off so I decided to take a pregnancy test and it was positive. For the first few minutes I was in shock, but Struthers was immediately so excited and so supportive.”