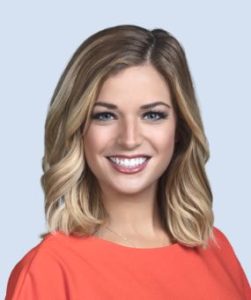 Broadcast journo Alaina Pinto gets best recognized for her work on WHDH’s “7 News Today”. Moreover, she made headlines after the same network fired her.

When not working, Aliana enjoyed her time snowboarding and playing the ukulele.

Talking about her family life, Alaina Pinto’s mother is Kathy Pinto. Her father, on the other hand, is a mysterious figure. So are her biological siblings.

Also, Alaina is an aunt to a niece named Charlotte.

After completing high school, Alaina attended the University of Akron. She graduated with a B.A. degree in Media Production and Radio/TV in 2014.

For her efforts as a host, editor, and director, Alaina was nominated for back to back student Emmys in 2012 and 2013.

On Instagram, Alaina described herself as a “Road-tripper” and “Sun-worshipper.” A yoga fanatic, she once posted a photo of her doing a perfect headstand.

Alaina once hosted a children’s party at the Boston Children’s Hospital. “Target,” “Ben And Jerry’s Icecream” and “Papa Gino’s Piza” sponsored the event.

Alaina adopted a blind cat from “Chatopia” in September 2016. Her feline baby also had its IG page.

Since joining Twitter in March 2011, Alaina went on to amass 14.8k followers on the platform. She had collected over 6.2k likes on Facebook.

While in college, Alaina interned for the Clevland-based “WJW Fox 8 New Day.”

From August 2012 to May 2014, Alaina served as the University of Akron’s Visitor Relations Student Assistant & Student Director of Tour Training.

After working four months at “ideastream,” Alaina began working as a reporter at “WVNY & WFFF.” She quit the gig in Dec 2016 and headed to “7 News WHDH.”

Working as a traffic reporter at “7 News WHDH,” Alaina most likely pocketed a $55k salary. In October 2020, she was let go by the network.

As for her volunteering experience, Alaina worked for several organizations including “Dress For Success Boston” and “Big Brothers Big Sisters of America”.

In an Adam Sandler Netflix film “Hubie Halloween,” premiered in October 2020, Alaina Pinto made a cameo. The acting gig would cost her job at “7 News WHDH”.

Announcing the sad news via social media, Alaina shared— “Hi Friends! I have some news to share… Earlier this week I was let go from 7 News. I am posting this because I want to be open and honest with all of you. Last year, I participated in a cameo in the recently released Netflix movie by Adam Sandler, “Hubie Halloween”.”

She then tweeted— “In doing so, I mistakenly violated my contract with the station and I understand why management, unfortunately, chose to terminate me. I am deeply disappointed and saddened, and I hoped this would not be how things evolved.”

Alaina continued— “Thanks to all my wonderful 7 News viewers and my supportive and great colleagues at the station. Reporting the news to you every morning was an honor and a privilege. I promise to stay in touch and keep you updated on the next chapter – the future is bright!”

A skeptic when it comes to leaking info about her dating life, Alaina Pinto once enjoyed a low-key romance with a man named Hector Mancebo. 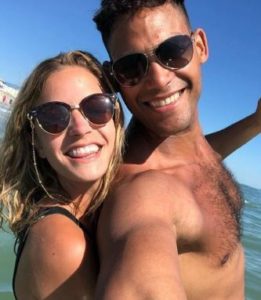 Throughout their romance, Alaina hadn’t spoken whether Hector was her boyfriend or husband.

Hector first popped up on Alaina’s Instagram in June 2018. 15 months later, the duo took a trip to Acadia National Park.

With every public sighting, it became clear that Alaina and Hector were exhibiting traits of a married couple.

By October 2020, Alaina had deleted all the evidence of Hector from her Instagram, leading fans to believe they might have split.