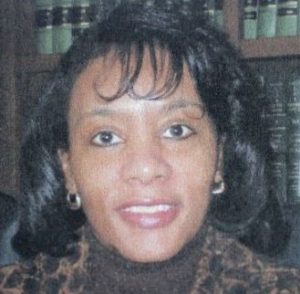 Netflix‘s new documentary The Pharmacist is the gritty tale of medical corruption and drug abuse in Louisiana. It is also parallel stories of a small-town pharmacist trying to get his deceased son some justice, and a corrupt doctor who wronged thousands of people like the pharmacist’s son.

The article below focuses on the villainous doctor, Jacqueline Cleggette’s bio.

Jacqueline Cleggett was born on 9 August 1962 to parents, George and Nadine Cleggett, in Moss Point, a small town in southern Mississippi. Apart from her parents, she also had a brother, Seno Cleggett in her family.

Jacqueline entered the medical field and went on to get a medical degree in Morehouse School of Medicine in Atlanta.

Jacqueline was practiced in internal medicine and pediatrics. She also had a certificate from the American Academy of Pain Medicine.

From what little is known about Jacqueline’s personal life, she was once married to an emergency room physician husband. Jacqueline and her husband had three children together.

However, something went wrong with her married life while she was in the residency program in New Orleans. Later she divorced her husband and won the custody of her three children.

The Pharmacist, Net Worth

Finally, let us come to the shadiness that was Jacqueline Cleggett behind all that exterior of a normal American woman with a medical degree.

Starting her career as a family practitioner and then working for a while at Gulf South Medical Consultants, Jacqueline opened her own office in a high-crime area in New Orleans. Her office, as was discovered later, was just a front for a ‘pill mill.’

Jacqueline, in exchange for some hefty amoung, used to prescribe the addictive medical drugs for non-medical reasons. Through her shady business, Jaqueline was assumed to have amassed the net worth of millions of dollars.

She was exposed by a Louisiana pharmacist, Dan Schneider, who suspected of foul play after he found too many prescriptions for the addictive drugs all coming from the same doctor, one Jacqueline Cleggett.

Previously, Dan Schneider’s young son was killed in a drug deal gone wrong but the authorities didn’t seem very concerned about giving justice to Dan’s son. So, Dan took matters into his own hands and started to investigate the drug problems in Louisiana.

Netflix‘s The Pharmacist is a documentary that chronicles Dan Schneider’s fight against the drug problems in Louisiana and one Jacqueline Cleggett.

Where Is Jacqueline Cleggett Now?

After Dan exposed Jacqueline Cleggett, DEA conducted a lengthy investigation on her. In a raid on her house, the authorities found enough evidence of her misusing her place as a doctor. They found pre-signed prescription slips, numerous addictive drugs, and haphazard patient charts.

After she was found to be misusing her profession, Jacqueline’s medical license was revoked and was hit by several lawsuits by the former patients, which almost emptied her net worth. By 2004, Jacqueline had gone bankrupt and had to sell her house, take her children out of the school, dropped her health insurance.

Jacqueline’s misfortune hit its pinnacle in 2006 when she had a terrible car accident that left her partially paralyzed. Around that time she was attempting to reapply for her medical license. But the brain injury put an end to her efforts, making her unable to reenter the medical profession for the rest of her life.

The public records in February 2020 said that Jacqueline was living a low key life in an apartment in East Baton Rogue.