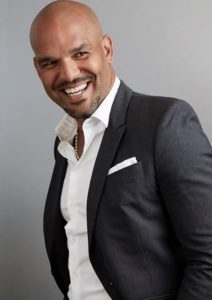 Amaury Nolasco gained major recognition for his role, Fernando Sucre in the Fox series, Prison Break. With his two-decade longevity in his acting career, his relevance is equally unfazed compared to the next.

This wiki-style article brings you the details of the beloved actor. Before we explore career and relationship status,

Amaury Nolasco Garrido was born on 24 December 1970 in Puerto Rico. His Dominican parents had three children, Amaury, and his brother and a sister. In 2010, his sister Deborah met her untimely end.

The Max Payne star enrolled in the University of Puerto Rico majoring in Biology. He intended to become a doctor but it all changed when he moved to New York.

He attended American British Dramatic Arts School to hone his skill in a newly found career as an actor.

Amaury had second thoughts on his previous career choice to be a doctor when he was approached by a director. The director presented Amaury with an opportunity to act in a TV commercial, introducing him to acting.

Soon after, Amaury relocated to New York. He landed the part of Waiter in Fall (1997) which was his big-screen debut.

As of February 2020, Amaury is estimated to have seen his net worth growth reaching $2 million.

As of February 2020, Amaury isn’t married to any of the wife prospects he ever dated. Going through his Instagram handle, he seems to enjoy not linking up with anyone.

Pictures of frequent beach parties, music festivals, and quality time with the dearest one’s shelters on his Instagram.

Almost about to hit that big 50, Amaury hasn’t found the one with who he can commit and settle and have kids.

Getting into his dating history, Amaury had a thing going on with American TV personality Andrea Pambechy in 2006. The relationship had a year run until it ended in 2007.

Soon after, he was spotted getting cozy with a beauty queen, Miss Universe 1993, Dayanara Torres. Like his previous relationship, it too ended after 8 months of being together in March 2008.

In the same year, his name came up with Katie Cleary, the American model, and actress.

In January 2009, Amaury getting romantic with American actress and producer, Jennifer Morrison, made the news. This relation of his lasted long among others but shared the same fate ending 3 years later in May of 2012.

Packing all these Hollywood hotties, no doubt Amaury is a ladies’ man.