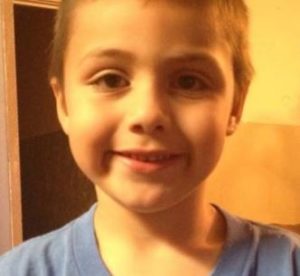 With the premiere of Netflix’s The Trials of Gabriel Fernandez on 26 February 2020, it dug up the story of another child who also was failed by the same system that couldn’t protect Gabriel Fernandez. With the court hearing rushing in for Anthony Avalos trial the heartbreaking story resurfaced.

The town that hadn’t even got over the horrendous death of Gabriel was forced to witness a similar incident. The same system which was alerted and made aware of its incompetence and negligence at a cost of thelife of Gabriel repeated its shortcomings making Anthony Avalos another sacrificial lamb.

Welcome to the wiki-style bio of late Anthony Avalos who was supposed to be the silver lining owing to the death of Gabriel Fernandez but sadly wasn’t.

Anthony Avalos was born to biological parents Heather Maxine Barron and Victor Avalos in 2008. The boy was from Lancaster, California-native.

Being born in a broken home was cited as one of the primary reasons for the death of Anthony. When his parents had him, the couple was just a teenager. Due to the dysfunctional relationship between the two, they split.

Anthony’s father Victor moved to Mexico while his mother, Heather, stayed in the United States and raised Anthony and his other siblings. She was making the ends meet of the family with a part-time job at Subway and monthly welfare payments.

Anthony and his family were living at a 15-minutes drive away distance from Palmdale, California, the place where Gabriel Fernandez had died in 2013.

Anthony attended El Dorado Elementary School and his teachers had nothing but compliments to give out to him. He attended a different school before he joined El Dorado.

The school faculty along with the principal was concerned about Heather’s behavior towards her children at home which led her to the transfer of Anthony to El Dorado.

Anthony loved fishing and football. He was on the honor roll of his grade and was perceived by teachers to be more mature for his age.

Life was tough for Anthony Avalos since an early age way before the real nightmare awaited him. Department of Children and Family Service (DCFS)’s report after his death reported of the child being molested.

The heinous activity was done by none other than Heather’s father. When she used to leave Anthony and his half-siblings to her father, he used to take advantage of the poor children. The case was dismissed after a mutual agreement.

But, Anthony’s real enemy was always his mom though he never saw her in that way.

Anthony was only six years old when she started abusing her physically. She used to beat him up and locked him in a room. There was no count of how many times he was starved.

The real trouble began for Anthony when his maternal uncle, David Barron, introduced Heather to Kareem Ernesto Leiva, his co-worker from the Santa Clarita Shipping facility.

Ernesto Leiva had a history of gang violence and abusive behavior. After they had their first child, the same behavior resurfaced to haunt Heather and her 6 children from her previous relationship including Anthony.

Like Gabriel Fernandez, violence and torture were inflicted on Anthony and it upsurged over time when he was labeled gay.

Several reports against the convicted couple were made for abusing the children but it was all dropped when the kids changed their testimonies as they were threatened to do so apparently.

Upon hearing the deliberate and substantial abuse from Anthony, his aunt and grandmother sought the custody of the children.

But Heather was out there joining domestic violence programs and parenting classes which provided her the benefit of the doubt, as DCFS made inconsistent following up on the case and missed the bigger picture which was developing.

Moreover, the news of torture reached the ears of Victor, Anthony’s father, who pleaded to hand over the custody of his child to him but was refused.

Anthony while in conversation with Victor noted he wanted to get away from the place any way possible.

On June 20, 2018, a 911 call from a woman whose son fell and was unconscious came. It happened less than a month after Gabriel Fernandez’s murderer was convicted and sentenced. 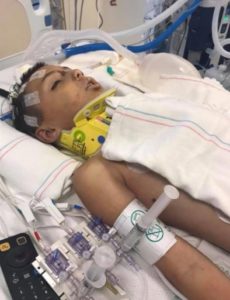 Anthony Avalos after being hospitalized on 20 June 2018 (Pic: Yahoo Finance)

The emergency responders rushed and took Anthony to the hospital. Further examination on Anthony revealed he suffered a brain hemorrhage from being dropped on his head, repeatedly.

The hot sauce was spilled on his face and mouth, and he was tortured the same way Gabriel Fernandez was. There were burns and bruises all over his body. 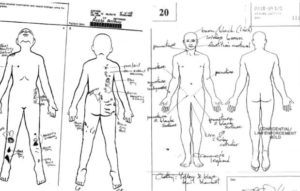 Anthony didn’t see the light of the next day passing away on 21 June 2018.

An autopsy and interrogation report suggested Anthony was tortured for a week before his body could take it any more.

As the news of Anthony’s death made the headlines on several newspapers and news networks, people started tallying the similarities and differences.

In hadn’t been very long since the case of Gabriel Fernandez was settled, the new case of Anthony Avalos sent tremors of the shock wave created by the first case.

DCFS was disparaged for letting to recur the same incident claiming the life of another innocent. Anthony though was under its supervision for 4 years, 2013-2017, couldn’t do anything to protect him from the abuse.

After the death of Anthony, Heather and his boyfriend was arrested and booked for June 28 and June 29. 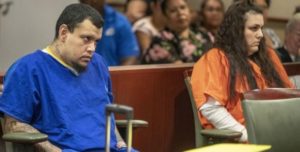 Both were indicted for torture and murder charges to which both of them pleaded not guilty.

The next court hearing was scheduled for 5 March 2020 until then Heather was kept in Century Regional Detention Facility whereas Kareem was held in Los Angeles Men’s Central Jail as of February 2020.

Following the case, David Barron and his wife sought the custody of the children which was denied.

Victor Avalos and other relatives sued the county for $50 million accusing the mishandling of the case.

And the public was outraged toward DCFS as few of their social workers were fundamentally handling both the case of Gabriel Fernandez and Anthony Avalos.