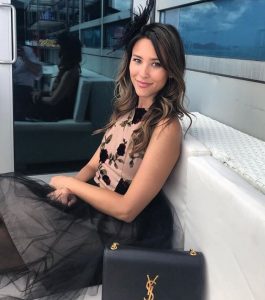 It all started for Kaitlyn Leeb with a dream of working in the movies and becoming a film star. However, her journey was a very interesting one as she started her career as a model.

After being a recognized face of ad campaigns and billboard companies like Virgin Mobile, RBC 2010 TIFF, Dentyne, and FUZE fruit drinks, she finally landed herself in the entertainment front.

Learn in-depth about the actress – from married life to net worth – from the article given below.

Kaitlyn Leeb was born in Toronto, Canada and celebrates her birthday on 18 June each year. Though she is a Canadian by nationality, her family background suggests that she is of Irish and Chinese descent.

Her grandmother was the one who raised Kaitlyn and her three siblings after her parents got separated. Ever since her childhood, she was talented and loved dancing.

In addition to that, she also graduated from York University in Psychology. However, she eventually followed her heart and involved in the entertainment firm.

Kaitlyn Leeb married Ted Leeber on 17 August 2013 and started a family of her own with him.

Kaitlyn and husband Ted has been blessed with two beautiful kids (both daughters): Avery Elizabeth Leeb (born August 2016) and a new addition to the family Presley (born in 2020). 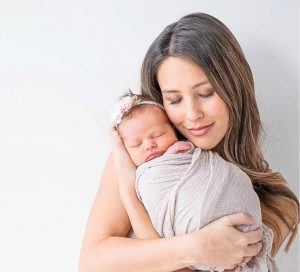 The family of three is a busy one with Kaitlyn working in her acting project and her husband Ted working as an institutional equity trader at Stonecap Securities. However, the married couple takes out time and enjoy family moments with each other now and then.

Kaitlyn Leeb entered into the world of fame and limelight as an aspiring model. She campaigned for a lot of reputed brands and company and also won Miss CHIN Bikini Pageant in the early days of her modeling.

Her perfect body measurements with brown eyes and black hairs helped her edge her competition.

Now, Kaitlyn has wrapped movies like Rogue, Shadowhunters, Slasher and secured a hefty net worth for herself.

Michael Hope is a set-decorator who has worked on the art departments of many movies and TV shows. But the...

Climbing the ranks amongst some of the world-renowned talents in acting is youngster Robyn Alomar. The...