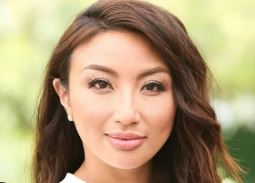 The American television personality, talk show host, and model Jeannie Mai has won over thousands of fans and immense personal net worth with her bold attitude and stylish personality.

Read further if you want to know more about her. Is she married? Does she have a boyfriend? What is her net worth? Who are her parents? What is her ethnicity? And more.

Jeannie Mai was born on 4 January 1979 in San Jose California to parents of different ethnicity. Her mother, Olivia Tru Tram Mai, was of Vietnamese ethnicity, and her father, James Mai, of Chinese ethnicity.

Apart from her parents, in her family, Jeannie has two siblings (brothers): Daniel Mai, and Dennis Mai.

Jeannie Mai first started her career as a makeup artist but then found her mojo in hosting.

She gained fame with her hosting in USA Network‘s Character Fantasy, in Style Network‘s makeover show How Do I Look?, and also in the Miss Universe pageant.

In 2013, she was cast as the co-host of the syndicated talk show The Real and also frequently appears in numerous TV Shows and network programs as a fashion and style expert. Having achieved so much in her career, Jeannie Mai earned a net worth of over $1.5 million.

Coming to her measurements, Jeannie is a woman with a very shapely body.

Standing at a moderate height of 5 feet 4 inches, Jeannie has quite a slim body and accentuated figure.

Until 2018, Jeannie was married to Freddy Harteis for over 10 long years. There wasn’t much information on what went wrong with her ex-husband during the 10 years, but they divorced in December 2018.

Jeannie Mai did not have any children during her 10 years of married life and she seemed to be content with not having any children.

After the divorce from her husband, Jeannie started to date rapper Jeezy and for the years to come seemed to have a very good relationship with him. 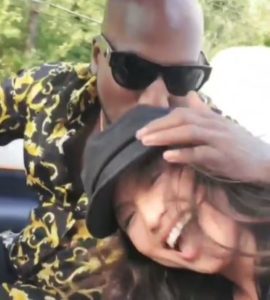 Towards the end of 2019, Jeannie and her boyfriend Jeezy were rumored to be pregnant.

Jeannie, herself, told that she wasn’t pregnant but she could think about having children. However, fans and the media seemed to believe that she was only trying to hide the fact that she was pregnant.

Less than a year into their dating life, Jeannie and Jezzy got engaged. On 6th May 2020, “The Real” host confirmed their engagement via Instagram. About 10 days back, the “Put On” hitmaker had got down on one knee and popped the big question.

Originally Jeezy had planned to propose Jeannie in Vietnam. However, with the travel restrictions because of the Coronavirus pandemic, the Atlanta-based rapper decided to do it on the confinement of his home.

One year after their engagement, Jeannie and Jezzy tied the knot in an intimate wedding ceremony at their Atlanta home.

Those who attended the nuptials underwent COVID-19 tests. Also, the couple asked their guests to wear off-white.

Paying respect to their parents, Jeannie and Jezzy participated in a traditional Vietnamese tea ceremony. The couple also threw an after-party for their guests.

Character Fantasy How Do I Look? Jeezy Miss Universe The Real

Dr. Sheila Nazarian is a Beverly Hills Plastic Surgeon who was cast on Netflix’s Skin Decision: Before...

In early September 2019, West Coast rapper YG and girlfriend Kehlani made their relationship public. The...