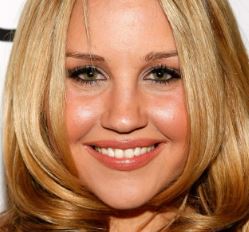 On 2020 Valentine’s Day, Amanda Bynes dropped a bombshell via Instagram. Flaunting her emerald cut diamond engagement ring, she officially announced her exit from the dating pool.

Following the revelation, did Amanda reveal who her fiance was? Learn to find out!

On 17 March 2020, Amanda Bynes and her fiance shared the pregnancy news.

2006, She’s the Man actress posted her ultrasound picture with a caption “Baby on board!” Likewise, her fiance Paul Michael also shared the photo captioning “Baby in the making.”

But shortly after, both posts were taken down.

E! News reported the matter with David A. Esquibias., Amanda’s attorney. He said,

When I saw the Instagram posts I immediately launched an investigation in to their origin,

Since then I have been successful in causing these posts to be removed. I ask the media and the public to afford Amanda privacy during these difficult times.

A source reached out to E! News and confirmed the pregnancy. “She’s very, very early. Her parents know.” the source said to the News outlet.

When Amanda Bynes shared the said engagement photo, she opted to hide the face of her fiance from the frame. The “Hairspray” actress, however, did include her mystery husband prospect’s wedding band on his ring finger.

Eagle-eyed fans noted that Amanda had worn the same engagement ring on the other hand in a selfie posted a week earlier.

Speaking to People, a close source to Amanda shared that Amanda and her enigmatic fiance met around late-2019. Per the insider, the two seemed relatively happy.

A day after sharing the news of getting engaged, Amanda posted her fiance Paul Michael. Uploading a mirror selfie of the two, the “She’s the Man” actress labeled him “lover.”

Amanda and Paul reportedly met in rehab. Before taking the big step, they were dating for two to three months.

Back in 2018, Amanda was romantically linked with a fellow student at the Fashion Institute of Design and Merchandising. The identity of her now-former boyfriend was never revealed.

A day before the 2020 New Year’s Day celebration, Amanda Bynes shocked her fanbase by showing off new face tattoo — an imperfect heart inked on her cheek.

Initially, everyone suspected the stated face tattoo to be a temporary one. When Amanda posted another Insta photo, it became clear that the inking was permanent.

Amidst reports of substance abuse and mental health issues, Amanda entered a mental health facility around early-2019. December that year, the “All That” actress checked out and went to live with her parents.

In June 2019, Amanda announced she had completed her studies at the Los Angeles-located Fashion Institue of Design and Merchandising. She also shared her goals to make a living as a fashion designer.

Despite all the nuisance and financial catastrophe surrounding her finances, Amanda reportedly now has $4 million net worth.