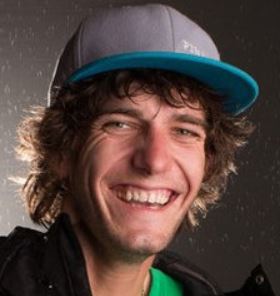 There is something deep and sub-conscious about a life at sea, the unhindered freedom, the adventures, that draw people towards the never-ending waters.

One of those free-spirited souls and the topic of this article is Tyler McLaughlin.

Read this article to know more about Tyler McLaughlin, his seafaring ways, and other wikis.

Let’s start from the beginning. Tyler McLaughlin was born on 21 December 1987 in Hollis, New Hampshire, United States. One of Tyler’s parents was Marty McLaughlin, president of a local transportation company.

He grew up with a younger sister, Marissa McLaughlin, and studied in Hollis-Brookline High School and Bridgton Academy. Later, for college education, he went to Nichols College in Massachusetts.

Tyler and his sister grew up fishing and that was the only profession for him.

Tyler McClaughlin is a professional fisherman, who focuses on bluefin tuna, which has a huge market in America. However, for a fisherman, Tyler is extremely famous. Thanks to National Geographic Channel’s series Wicked Tuna.

Wicked Tuna is a reality TV series that documents the tuna fishermen of Gloucester, Massachusetts, and their expeditions into the sea. The show is also a quasi-competition and every year the team of fishermen who profited the most out of catching fish is declared the winner.

Tyler McLaughlin, the captain of one of the teams battling in the show, leads the ship called PinWheel. Tyler and his crew had won the Wicked Tuna twice, in 2013 and 2018.

For seven seasons of the show, Tyler’s best friend Nicholas “Duffy” Fudge was his first mate. However, Duffy died suddenly before the filming of the eighth season.

For the eighth season, which premiered in 2019, Tyler — five feet & ten inches plus height — hired his little sister as his first mate. His sister Marissa, herself, is no stranger to the sea, having grown up with the sea and the fishes.

As successful as Tyler McLaughlin might seem in his profession, his personal life seemed even more blessed.

Tyler is set to make his long-time girlfriend Savannah Tapley his wife. He and Savannah got engaged in 2019. 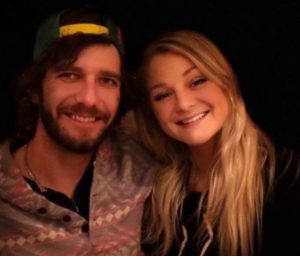 Tyler and his girlfriend Savannah had been dating for 4 years (since 2015) before they got engaged. And during this dating phase, their blossoming love was quite apparent from their social media presence. Of course, the couple seemed to share their love for the sea.

As of early 2020, Tyler and his soon-to-be wife Savannah did not share when the wedding would be, but it was expected to be happening very soon.