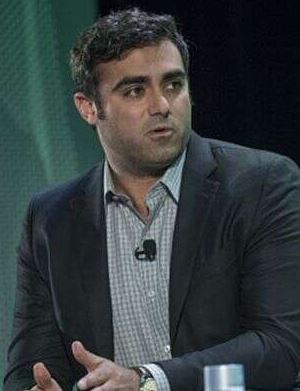 Michael Polansky, a Tech Investor, became the talk of the town when his relationship with Lady Gaga was confirmed on Instagram. The former Harvard graduate stirred social media creating desires on Little Monsters to know who and how he was linked up with Lady Gaga.

Look no further cause this wiki-style article brings you details on Michael Polinsky. So before we get into relationship part,

Tagging Michael as a private person wouldn’t be wrong considering his minimal social media presence. Because of his secretive nature, almost no details could be found regarding his early life and family.

In 2006, Michael graduated with a degree in Applied Mathematics and Computer Science from a prestigious Harvard University. He resided mostly in the San Francisco Bay area because of his work.

Getting into Michael Polansky ‘s career, he joined Bridgewater Associates (2006-2009) right after he graduated.

After Michael left Bridgewater Associates, he joined Founders Fund — a venture capital firm — as a principal.

Michael also worked with a tech startup company named Brigade and a non-profit organization named Wishbone.org as a board member.

Getting into his endavours, Michael co-founded several organizations like Able (2013), Economic Innovative Group (2013), ArsenalBio (2019), The Parker Foundation (2010), and Parker Institute for Cancer Immunotherapy (2016) institute that invest for the research of cancer treatments.

As of February 2020, Michael was best known for having the job of a CEO in Parker Group (2009) — an organization that manages charities and business of Facebook co-founder and president, Sean Parker.

With all the above ventures he has set on, Michael was not very far from closing in the gap between him and Lady Gaga to pocket $20 million-plus net worth.

On Monday, 3 February 2020, Lady Gaga took her dating affair with Michael Polansky to her Instagram — making it IG official. She captioned the pic that read,

“We had so much fun in Miami. Love to all my little monsters and fans, you’re the best!”

More on the story: Lady Gaga and Michael kept a secret intimate relationship a month before they made it public. 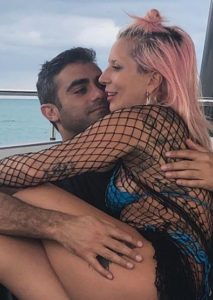 Sean Parker played a bigger role in bringing the duo together. Michael was rumored to have met Lady Gaga in his birthday bash in December 2019.

On a Super Bowl weekend in Miami, the lovebirds were pictured locking lips on a balcony. Michael spent the whole weekend with Lady Gaga’s family.

E! spoke to a source during Super Bowl weekend about Michael and Lady Gaga. The insider noted,

Gaga has been dating the same guy for over a month. They’ve been seeing other since before the holidays, and she’s crazy about him.

Little Monsters — Lady Gaga’s fan base — was excited for the couple and crowded her Instagram comment section with best wishes. They were eager to learn whether the couple would go as far as getting married.

In March 2020, Lady Gaga Instagrammed from an airplane cabin. Sharing a selfie of the two, she called the romance with Michael “stupid love.”

None were more surprised by Michael Polansky and Lady Gaga’s pairing than the entrepreneur’s former girlfriend Lindsay Crouse.

An NYT Opinion senior staff editor, Lindsay dated Michael for about seven years. They were together throughout college and were an item after graduation.

Following the breakup, Michael and Lindsay no longer followed each other on social media. As told on her NYT piece “My Ex-Boyfriend’s New Girlfriend Is Lady Gaga,” she hadn’t googled him in years.

When Lindsay first learned about the romance, she was eating grapes at her desk. She admittedly wasn’t salty about it at all. Instead, the affiliation motivated her.

In mid-April 2020, whilst the world was battling Coronavirus, Lady Gaga went to MSNBC’s “Morning Joe.” There, she spoke of mental health care and the need to staying grounded during the quarantine. Furthermore, she referenced Michael Polansku as “the love of my life.” In her own words,

“With Born This Way Foundation, my mother, Cynthia Germanotta, and our co-founder Maya [Enista Smith], who I love so very much—they are working with my, the love of my life on something for mental health.”

In the very interview, Gaga shared that she and Michael were working together to develop an app.

Artist David Choe garnered major attention when he was a guest on Joe Rogan’s podcast that aired in...

Competing in season 18 of “Project Runway,” Geoffrey Mac transformed into a household name....