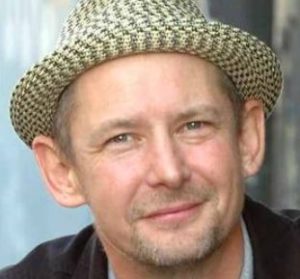 The subject of this wiki, Ian Hart, first won the hearts of fans with his portrayal of John Lennon in the film Backbeat. Ian was reportedly back with a new BBC police drama The Respondent.

Read more about Ian below, including information about his wife Lynne Hart, their kids, as well as interesting facts like net worth, age, etc.

According to Ian’s IMDb profile, he was born on 8 October 1964 in Liverpool, England. Consequently, he was 56 years of age as of May 2021. Furthermore, his zodiac sign was Libra.

Ian Hart was born to Irish Catholic parents and had a typical Catholic upbringing, a lot of church and a lot of priests, too many strict rules, and a rebellious attitude on his part towards priests and authority. He attended Catholic all-boys grammar school, where all his teachers were priests. In school, he gained a reputation for being argumentative with the nuns.

His parents were typical north-England blue-collar workers. Ian’s father worked at the Ford factory in the nearby city of Halewood. And his mother worked part-time at the school, washing dishes.

Together with his two siblings, Ian grew up in a council estate, Liverpool. Ian was born Ian Davies. However, he later changed his last name in honor of his theatre associate Barbara Hart.

Ian Hart stands at a modest height of over 5 ft 7 and three-quarter inches. His other distinct features include dark black hair, a French-cut mustache, and greyish blue eyes.

So far, we have not found Ian’s presence in any of the social media platforms, neither on Instagram nor on Twitter.

Ian is a professional actor and a very busy one at that. As of May 2021, he had over 118 acting credits, over 50 of them for major performances. Ian made his acting debut with a 1983 TV series called One Summer. Ian (then credited as Ian Davies) appeared for three episodes and he had caught the bug of acting.

In the same year, he had moved to London to attend Mountainview Drama School. The early days were rough, not only because Ian did not have enough money to find a good flat and good food, but also because of English people’s prejudice towards the Irish. He had dropped out of drama school and returned to Liverpool. After that, he did some grueling work in a factory, a farm, a short stint in Post Office.

His other major acting credits include movies like The Hounds of Baskerville (2002 TV movie), Blind Flight (2003), God’s Own Country (2017), etc; and TV shows like Dirt, Father & Son, Luck, Rogue, Eastenders, and the upcoming The Responder, etc.

The Responder is a comedy/drama show about a Liverpudlian police officer played by Martin Freeman. Apart from Ian and Martin, other cast members of the show include Adelayo Adedayo and MyAnna Burning. The show was announced in May 2021 and the released date was not yet confirmed. However, it will most likely arrive in late 2021 or 2022.

Ian Hart was married to Lynne Hart. He and his wife have been together for over 30 years. They married sometime in 1990. And in their long relationship, they had two kids, both daughters. The eldest daughter, Daisy, was born in 1996 and the younger one, Holly, was born in 2001.

The key to such a long and happy marriage was his wife’s unrelenting faith in him and support for him. Once Ian had gone over to LA to shoot a TV series in a three-month gig. When he was there, other opportunities came along and three months turned to nine months and on and on.

He was away from his wife and kids for such a long time and was missing them. Lynne, instead of getting angry at Ian for being away for too long, moved with their kids to LA to be with him. Later, Ian and his wife bought a house in Santa Monica and their kids started to go to a school there. Such was the nature of his wife.

Apart from this little story about how fantastic she is, we do not know about Ian’s wife. We do not have too many photos or even one, to be honest. But we do know that she and Ian are living a happy married life together.