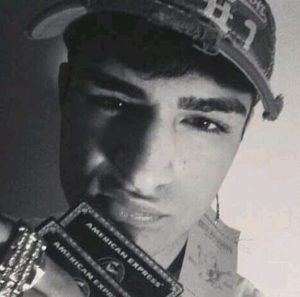 Put Param Sharma’s parents on phone, since “the most hated kid on Instagram” did it again. In the first week of May 2021, security footage spotted him repeatedly sitting in the back of the Tesla Model S with no one behind the wheels. He was taking the advantage of Tela’s autopilot system risking his and life of others. He was captured doing that in footage caught by California Highway Patrol.

Delve into this Param Sharma wiki to learn more about his lifestyle, net worth, and parents!

According to Famous Birthdays, Parm Sharma was born on 7 December 1995. He turned 25 years old while celebrating his birthday in December of 2020.

“How’d your family come into their fortune? Oil? Banking?” asked Bobby Viteri from Vice. Param Sharma replied to the question— “They’re definitely not in the oil business. I can tell you that, but we prefer to not comment on it because of their reputation.”

In 2013, when Param Sharma went viral pulling a separate stunt, everyone believed his “lavish” lifestyle was only possible because of his extremely rich parents. But nobody knew who his father and mother were at the time.

Most people believed and were widely shared, that the money he flaunted was flowing from his alleged mother Shikha Sharma, CEO of Axis Bank, or Anu Sharma, a Bay Area Marketing Consultant. But in return, Axis Bank released a statement confirming Shikha Sharma and Param Sharma had no blood relations.

Param did mention his mother in some of his Instagram posts. However, no details on his actual parents surfaced in the public domain as of this writing i.e. 15 May 2021.

The only thing that we can confirm was Param is of Indian-American ethnicity. Plus, he hailed from an extremely rich family.

Behind all the flashy watches, cars, and loads and loads of cash, Param Sharma is a brown-skinned guy with curly hair and bushy eyebrows. He stands tall at a height of 5 feet 8 inches (1.72 meters).

On top of that, Param has often been criticized on a personal level. People in his comment section discussed his looks.

Now for Param’s social media reach, he could only be discovered on Instagram. The platform earned him 8953 followers as of May 2021. Whereas, his main account had almost half of a million followers. There also existed another profile that he ran but that profile doesn’t exist anymore.

Given his exploits on Instagram, Param Sharma should possess more than $1 million in net worth.

Starting with education, Param Sharma attended Albany High School in 2010. He graduated in 2014. After high school graduation, Param went to Berkley City College. There he studied Anthropology, Humanities, Public Speaking, Physics, e-commerce, and website design while pursuing an associate degree in Science with the transfer.

In college, he particularly focused on Business Administration and Technology.

Param also attended the Academy of Art University. He studied short courses, animation, interactive technology, video graphics, and special effects while there in 2011.

With all the wealth he had, Param didn’t need to get a job, but he did it anyway. From June 2010 to August 2010, he worked as an assistant coach for a tennis camp at the City of El Cerrito – Summer Camps. Then, he landed the job of website designer at Marketing & Promotion working for Cody Wilson Tennis Clinic.

And in 2014, Param Sharm served as a volunteer for Golden Gate Audubon Society.

But it would be an injustice to Param for crediting his mother and his father for everything that he has. He also put in extra effort and spent plenty to earn fame on Instagram. Even though most people found him annoying, they couldn’t help but notice him.

Of course, the satisfaction of owning expensive stuff comes from others not able to afford it. Besides, “blue-collar or serfs” that’s what he calls, he also get on the nerves of huge personalities such as Soulja Boys, Kim Kardashian, and even Rihanna, though he claimed the singer wasn’t intentional.

As Param told Vice, in 2012, he heavily invested in Apple stock as he predicted iPhone 5 sales would blow up. Eventually, he ended up earning $300 thousand in profit. People not only questioned him for getting on the nerves of other people, but others also questioned the legitimacy of the cash that he gives away.

But in his defense, Param shared that, if the cash were counterfeit or fake, government agencies would’ve done something about it. And these stunts have got him in trouble in the past.

Back in 2013, he got himself in the trouble with the law trying to sell a stolen iPhone on Craigslist. Police held him and got him locked up at the Santa Rita jail.

Param Sharma Girlfriend: Is He Dating Anyone?

Param Sharma having a girlfriend is no surprise. With the amount of wealth that he has and can flaunt and the fame he garnered on the internet, Param must’ve had no trouble finding a suitable mate. Furthermore, back in a 2013 interview, he talked about having a girlfriend.

He talked about running an Instagram account under a different name. That was the account Param only used to interact with his friends and his girlfriend. Why’s that?

Because Param wanted to protect his friends and his girlfriend. He separated them from being subjected to the certain nature of attention that came with his lifestyle. So, Param might be dating someone in 2021. But, he didn’t prefer to go public with his relationship status.