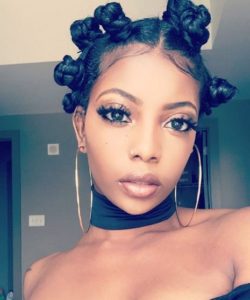 De’arra Taylor got engaged to her longtime boyfriend Ken Walker on 19th August 2019. The YouTuber, however, didn’t share the news to the world until 15th September 2019.

A beautiful Santorini, Greece sunset provided the backdrop for the De’arra and Ken’s “surreal” engagement. 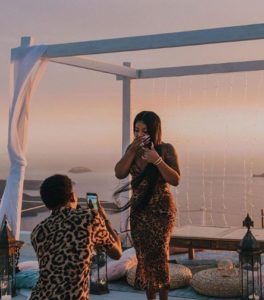 One of her tweets read,

“We’re really engaged, this is so unbelievable. I’m a fiancé… wow, my heart is so full, smiling ear to ear I’m so damn happy. Mrs. Walker soon.”

After providing an insight into how the two got engaged, De’arra Taylor wasted no time citing her plans. By her admission, getting pregnant and starting a family were on their to-do list.

Without going into details, De’arra hinted that she and now-fiance Ken Walker could get married in a most beautiful wedding ever.

De’arra crossed paths with her husband prospect Ken in 2014 at a Chipotle store. After the first meet-up, dating and building a social media empire went hand in hand for the duo.

How Much Is De’arra Taylor’s Net Worth? Height + Weight

De’arra began her foray into social media in December 2014 via YouTube. Her then-boyfriend Ken Walker would first appear alongside her on the platform in April 2015.

Documenting their love life in Vlog-style clips, De’arra and Ken boast an astounding 5.72 million subscribers (as of Sept 2019) on YouTube.

Owing $2.5 million+ in net worth, De’arra stands no more than five feet & four inches in height. Over the years, she gained popularity for putting on weight and not caring.

The beloved YouTuber isn’t her biological parents’ only offspring; she is siblings with a baby sister named Zaria Mosley.

Going by gossip online, rapper Yo Gotti is De’arra’s dad. Interestingly, the musician’s Wikipedia page makes no mention of his alleged daughter.