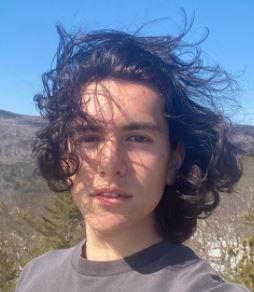 Lohanthony is a name that was highlighted amongst the top Youtubers back in 2012. He brought genuine content; mostly pop culture commentary and liberal politics to the game and people loved it.

Moreover, he was a young gay teenager who advocated for LGBTQ rights. A role model for all the gay teens, Lohanthony quickly garnered over 1 million subscribers in his Youtube channel within the first 2 years.

But over the years, Lohanthony became less active and by 2019, he completely deleted all his Youtube videos. Fast forward to August 2020, Lohanthony was back on his Youtube channel where he posted two videos, revealing his new lifestyle and scrutinizing his past.

While his fans were baffled by new Lohanthony, so many questions remained unanswered. So here we are, easing your queries, one at a time through this wiki-style article on Lohanthony.

If you don’t already know, “Lohanthony” is a combination of his real name “Anthony” with the last name of his favorite celebrity Lindsay “Lohan”.

He started his Youtube channel @lohanthony back in Jan 2012. And as of 2020, we cannot say his exact number of subscribers because he made it private. What’s more interesting, is that his Youtube description stated,

“God has not given us a spirit of fear, but of power and of love and of a sound mind.” 2 Timothy 1:7

Coming back to Youtube as a changed man, Lohanthony spoke about why he quit Youtube and what he had been doing.

Lohanthony shared that he had “centered himself in Christ”. Yes, the “then Birtney Spears obsessed guy” was talking about god and spiritual awakening.

Although he attributed his change to the trauma from “the sexual abuse from an older boy”, fans felt otherwise. Many claimed that he went through “Conversion Therapy” during his time off from Youtube.

But whatever the case may be, many fans just rejoiced that Lohanthony was back.

Is Lohanthony Gay Or Straight?

To answer the question, we think mentioning his timeline would be a perfect answer — Lohanthony was an openly Gay person before 2020.

As Lohanthony came back in 2020, he had become a homophobic straight male. He believed having sex with other men was “sin against other people”.

Furthermore, Lohanthony added that he was practicing Christian celibacy and stepped up from the “sexual immorality” of his past gay relationships.

Moreover, Lohanthony confessed that coming out as “gay” in the past was like “trying to fit a circle into a square.”

Also, he blamed his gay preferences had led him down the wrong path. He shared,

With claims like these, it was obvious for Lohanthony to face a backlash. LGBTQ advocates have warned that Lohanthony’s message contained harmful homophobic sentiment and could be dangerous to young LGBTQ people and their families.

Some have even labeled him as a “Homophobic Christian”.

Wiki: From Family To Net Worth

With hometown – Melrose, MA, Lohanthony was raised alongside his 3 siblings. His parents are named David Quintal and Monica Quintal.

Also, his mom, Monica was an Insurance Agent. She shared that Lohanthony was a kind child. From a young age, Anthony’s whole career revolved around his “haters.” But he loved all the comments, even the less-than-kind ones.

As for his education, Lohanthony attended a middle school in New Hampshire.

Trivia:  Lohanthony loved Lana Del Ray, and call her as his “mom”.