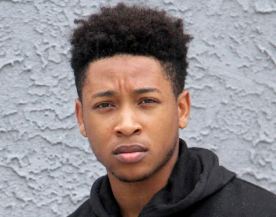 An R&B sensation-turned-actor, Jacob Latimore initially garnered attention for his performance in the critically-appreciated 2016 flick “Sleight.” Also that same year, he received praise for his acting in the film “Collateral Beauty.”

Discover Jacob’s net worth, married status, and family background by reading her biography!

Circa early-2007, the Latimore-Taylor family relocated to Atlanta, Georgia. Jacob’s acting/singing career was the sole reason behind the move. Together, his parents serve as the actor’s manager.

Siblings with three sisters, Jacob inherited the love for music from his father and uncles who formed the group “Latimore Brothers.” In terms of height, the celebrated actor/singer stands five feet & seven inches (170 cm) tall.

Signed to “Crown World Entertainment” and “Jive Records,” Jacob is a gifted R&B crooner. However, it is his stint as an actor that made him a household name.

Elsewhere on the big screen, Jacob garners appearances on movies such as “The Last Summer,” “Krystal,” “Detroit” and “The Maze Runner.”

In 2019, Jacob Latimore was named in Forbes’ “30 Under 30 – Hollywood & Entertainment.” Per celebritynetworth.com, he owned $1.2 million in net worth. 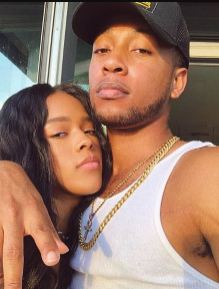 As of December 2019, Jacob Latimore was enjoying a blossoming romance with TV actress girlfriend Serayah McNeil. The lovebirds, however, hadn’t announced when the two would get married — or engaged, for that matter.

Instagramming from the Fashion Nova x Cardi B event in May 2019, Jacob and wife prospect Serayah made their relationship social media official.

Although not confirmed, Jacob and his girlfriend Serayah reportedly started dating in late-2016. From then until the point they went public with their romance, the duo continuously wrote to each other on Instagram.

Portraying the character Reg Taylor in the Showtime series “The Chi,” Barton Fitzpatrick became a...

The older twin sister from the ‘Merrell Twins’ — Vanessa Merrell is a popular actor as well as...