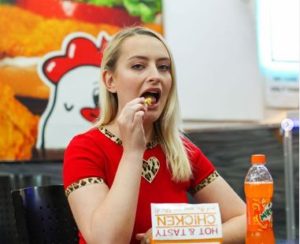 Amelia Dimoldenberg is beyond adorable. The mind-numbingly hilarious YouTuber gets best recognized for her work on a channel called “Chicken Shop Date.” Per the premise of the show of the same name, she goes on a “date” with Grime musicians at various fried chicken stops in London.

Delve into Amelia’s wiki-type bio to get to know her better!

A British citizen by nationality, Amelia Dimoldenberg turned 25 years of age in 2019. Courtesy of her last name, she probably identifies as a Jewish woman.

Amelia was reportedly born in 1994. Additionally, London is her hometown.

Paul Dimoldenberg is Amelia’s father. To those unfamiliar, Paul began working for “Quatro Public Relations” in May 2007.

Talking about her education: Amelia owns a fashion journalism degree from the London-based Central Saint Martins.

As of February 2020, Amelia had 180k Instagram followers. On Twitter though, she owned a modest following of 64.2k.

In March 2014, Amelia launched the YouTube channel “Chicken Shop Date.” As of February 2020, the said channel had accumulated 41.8 million views and 369k subscribers.

For her work with “Chicken Shop Date,” Amelia received “Student Broadcast Journalist of the Year” from Guardian Student Media Awards in 2014.

Big Narstie, Swaee Lee, Dave, JME, and Daniel Kaluuya are the most notable guests who appeared on “Chicken Shop Date.” 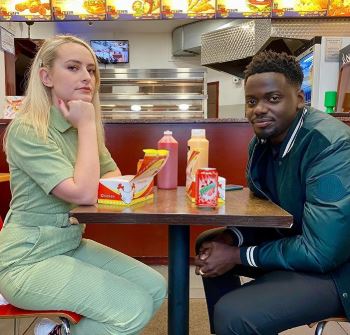 On 2020 Valentine’s Day, the dating app Bumble collaborated with Amelia to host a dinner program in London. The menu at the event was described as “aphrodisiac.”

In 2018, Amelia starred in the mockumentary “Meet The Markles.” Following the Channel 4 primetime special’s premise, she traveled to America with the mission to earn an invitation to the 2018 royal wedding from Megan Markle’s side of the family.

All thanks to a successful broadcasting/YouTube career, Amelia Dimoldenberg reportedly summons a $3 million net worth.

With regards to height, Amelia Dimoldenberg can’t be any taller than 5 feet and 9 inches. Meanwhile, she garners 55 kg+ weight.

For a woman who rose to fame after enjoying dates with Grime artists, Amelia Dimoldenberg opts to keep her actual dating life to herself.

Via a Valentine’s Day post in 2019, Amelia provided the public a rare insight into her secretive romantic life. At the time, the beloved YouTuber asserted that she didn’t have anyone to call a boyfriend or husband prospect. Admittedly, she was spending all her time in a travel lodge.

2020’s Valentine’s Day, meanwhile, was a far more eventful affair for Amelia. Taking to Twitter, she joked about spending the day stalking her former boyfriend’s Instagram stories. The gorgeous TV host followed up by revealing that she had him blocked on the platform.

Elsewhere on TikTok, Amelia made a skit of herself cooking – and later, eating – cookies on her own. On YouTube, she premiered her chicken date with Official Darkoo.