When Cody Simpson first exploded in the American music scene in the late 2000s, he drew comparisons with Justin Bieber. Similar to the “Baby” hitmaker, he was discovered on YouTube; he was non-American; he possessed qualities of a heartthrob; and above all, he was immensely talented.

Read along to learn more about Cody!

Like Justin Bieber, Cody Simpson wasn’t able to escape devastating rumors about sexuality. Make-believe stories that suggested that he might be gay spread like a wildfire early on.

A chiseled individual with six feet (183 cm) and 73 kg+ weight, Cody opted not to take offense to the gay remarks. As he entered his 20s, it became evident that he was everything but a gay man.

Cody Simpson’s list of public affairs runs deep. Almost all of his past relationships got played out publically.

Beginning with Joanne Heraghty, Cody dated his childhood sweetheart for two years from 2008 and 2010.

Months after splitting from Joanne, Cody began dating actress Bella Throne. The romance, however, ended in June 2011 and lasted only two months.

A heartbroken Cody then found an ideal girlfriend in socialite Kylie Jenner. He and the now-cosmetic queen were an item for several months from late 2011 to early 2012.

Never the one to quit, Cody ignited a romance with model Gigi Hadid in 2013. After a year-long courtship, the “La Da Dee” hitmaker severed his ties with then-girlfriend Gigi.

After Gigi, Cody fell for Tony Ray’s daughter Sahara Ray. The lovebirds were exclusively dating each other for a brief period in 2015.

Moving on from Sahara, Cody crossed paths with model Clair Wuestenberg. However, it wasn’t meant to be. The duo ended their year-long relationship in 2019.

Cody’s split from Clair proved a blessing in disguise. Months after calling it quits, the beloved singer began seeing longtime friend Miley Cyrus. Circa early-October 2019, he and Miley Cyrus swirled dating speculations after publicly making out. In the ensuing days, the duo fueled the rumors by posting racy photos on Instagram. 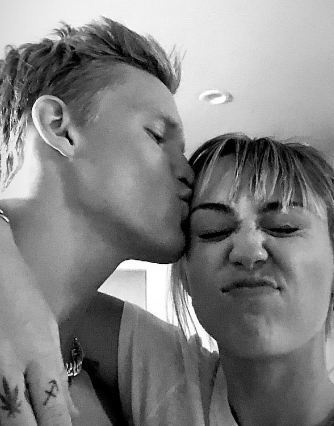 Following a month and a half months of courtship, rumors circulated that Cody and Miley had split. Denouncing the breakup news immediately, sources close to the lovebirds insisted that they were still dating.

In August 2020, Cody finally split from his girlfriend of almost 10 months, Miley Cyrus. Later, the American beauty insisted there was no drama.

4 months after his split from Miley, Cody confirmed he was dating Marloes Stevens. They became an Instagram official couple in late-Dec 2020.

Born in 1997, Cody Simpson turned 23 years of age on 11th January 2020. A Gold Coast-Australia-native, he is a Capricorn via birth sign. His middle name is Robert.

Angie and Brad Simpson are Cody’s biological parents. Hailing from a family of five, he plays big brother to two baby siblings: Alli and Tom.

A graduate of All Saints Anglican School, Cody excelled at swimming as a teenager. Competing at the 2009 Queensland Swimming Championships, he bagged two gold medals.

Dabbling in acting, Cody starred in TV shows such as “Instant Mom,” “Cougar Town” and “Dancing With the Stars.” Meanwhile, “One Crazy Cruise” and “The Smiley Face Killers” are his notable movies.

In 2017, Cody penned a management deal with “ICM Partners.” A year later, he starred in the Broadway musical “Anastasia.”

Although never verified, Cody reportedly owns $4.5 million in net worth.

Italian pop sensation Benjamin Mascolo gets most recognized for being one half of the pair “Benji and...