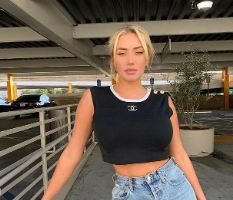 Anastasia Karanikolaou – better known by her moniker “Stassiebaby” – is an internet personality who shot to celebrity status as the childhood friend of reality star Kylie Jenner. At age 11, she first came in contact with the cosmetic mogul.

Beyond her association with Kylie, Anastasia is a burgeoning entrepreneur and a celebrated model.

For an exclusive window into Anastasia’s dating status, net worth, and family life, read her bio & wiki!

More on her family: Anastasia is siblings with a big sister named Alexia Karanikolaou. Alexia is reportedly a hairstylist.

On 9th June 2019, Anastasia turned 22 years of age. Courtesy of the Zodiac sign, the Instagram model – who operates under the moniker Stassiebaby – is a Gemini.

Moving on from Sam, Anastasia found an ideal boyfriend in fellow internet star Zane Hijazi. In May 2019, dating rumors gained ground as she uploaded a photo of them locking lips. By Fall, the initial bliss between the two had died down. 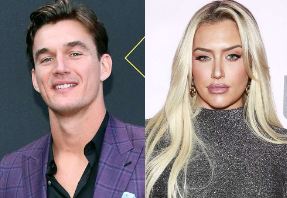 In November 2019, Anastasia’s dating life hit the headlines once again. After attending an NBA game together, she and reality star Tyler Cameron were spotted flirting at the Hollywood-based nightclub “Hyde.”

Speaking on the story, an insider shared that Anastasia and alleged boyfriend Tyler were beginning to vibe out with one another. The romance news arrived a month after the Bachelorette alum’s split from Gigi Hadid.

How Tall Is Stassiebaby? Net Worth, Measurements, Weight

As an internet celebrity, Anastasia boasted 6.4 million followers on Instagram and 406k subscribers on YouTube (as of November 2019).

There were times when it would take a big deal to become a model, but with the inception of social media,...

Ana Beatriz Boaretto found fame as an Instagram hottie. When she was spotted with rapper Tyga, her popularity...