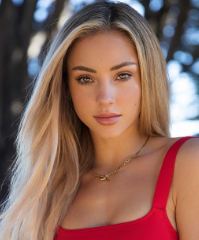 Charly Jordan — a socialite, and an independent DJ — skyrocketed popularity after earning an endorsement deal with the world-renowned brand “Pura Vida.”

Read along as we uncover Charly’s wiki and touch on her family background, career, and relationship status!

Born in 1999, Charly Jordan turned 21 years of age on 9th March 2020. Fellow Pisces Cyrus Dobre celebrates his birthday on the same day as her.

According to healthyceleb.com, Charly’s mother and father were lawyers.

Charly spent her formative years with her family in Las Vegas, Nevada. As a kid, she excelled in soccer and the sports of hurdling. At one point, she ranked 6th among her age group in an international competition.

Amid the pandemic in 2020, Charly traveled to Ruwanda. She later apologized for taking the trip after drawing criticism.

Beyond hurdling and soccer, Charly Jordan made a name in the world in surfing. Competing in a surf contest held in Costa Rica, she nabbed the title.

As a model, Charly boasts collaborations with photographers such as Brendan North, Zach Allia, and Rory Kramer.

Besides “Pura Vida,” Charly collaborated with other prominent brands like “Revolve” and “Forever 21.” Per famousbirthdays.com, she made videos for prestigious music festivals like “Pal Norte,” “EDC,” and “Coachella.”

A social influencer at heart, Charly amasses a huge social media following. As of Sept 2020, she owned 3.3 million followers on Instagram. On her IG bio, the talented model writes “Beauty is in the 👁 of the beholder.”

Launched in March 2010, Charly’s self-titled YouTube channel summoned 142k subscribers (as of Sept 2020). Meanwhile, some 1.9 people followed her on Instagram.

Using social media reach to her advantage, Charly Jordan scores brand endorsement deals which solidifies her $800k plus net worth.

In September 2018, Charly Jordan unveiled reality star Robert Graham as her boyfriend. She did so by sharing a photo of the two enjoying an outing on the beach. 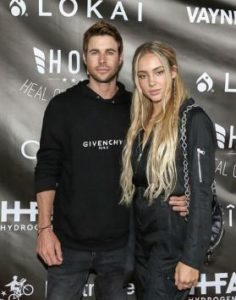 Before dating Charly, Robert shared romantic ties with Becca Tilley. Following five months of courtship, the duo called it quits in May 2017.

Two years into their dating life, Charly and husband prospect Robert hadn’t commented when they would get married.

February 2020 marked Charly and Robert’s two years together. To commemorate the milestone, she penned a heartwarming IG caption raving about the reality star. In her words,

“Coming up on two years together…and I’m still falling more and more in love with you every day. I feel so lucky to have found my person. Not sure what I did to deserve you.”

In response to the stated post, Robert uploaded an IG post himself. He called Charly “my best friend and the other half.”

On his birthday, in June 2020, Charly insisted her life wouldn’t be the same without Robert.

To those unfamiliar: Charly’s boyfriend Robert contested in the 9th and 1st season of “The Bachelorette” and “Bachelor In Paradise” respectively.

Soon after the cancellation of Justin Bieber’s Purpose tour in 2017, he was spotted with a mystery...