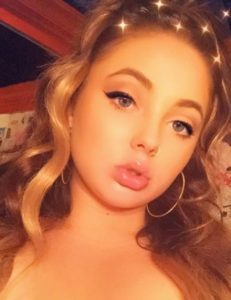 When MTV severed ties with Janelle Evans in Summer 2019, speculations ran rampant about her possible replacement.

Talking to TMZ after her news of her casting on “Teen Mom 2” broke, Jade was adamant of labeling herself “a bench player.” She was seemingly determined to create her own identity.

Dig through Jade’s wiki-like biography to get to know her better!

Hailing from Indianapolis, Indiana, Jade Cline celebrates her birthday on 10th June every calendar year. Born in 1996, she turned 23 years of age in 2019.

Christine and Michael Smith are habitual drug fiends. Jade once famously referred to the pair as “binge addicts.”

More about her family: the reality star is half-siblings with sister Samantha Smith. Meanwhile, Jasmine Malone is her cousin.

Before featuring on “Teen Mom: Young & Pregnant,” Jade Cline held the job of a waitress.

As mentioned above, Jade made her reality TV debut in 2018 with the hit MTV show “Teen Mom: Young & Pregnant.”

Full of unadulterated energy, she didn’t take much time leaving her mark on fans. No wonder when MTV announced that Jade would replace disgraced reality star Janelle Evans, it got met with cheers.

Beyond her life as a reality star, Jade aspires to become a make-up artist. A cosmetology student, she even enrolled in a beauty school.

Her net worth may be under review, but Jade sure is on her way to becoming a multi-millionaire. 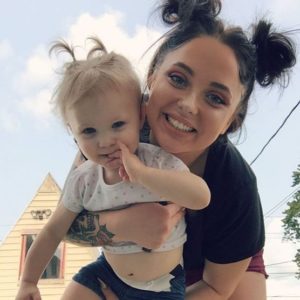 The reality star was 19 years of age when she became pregnant with Kloie. Her daughter’s biological father is Sean Austin.

Because of his struggles with substance abuse, Jade and boyfriend-turned-baby father Sean enjoy an on-and-off relationship. The duo – who met as “kids” – reunited in December 2018, only to cease dating two months later.