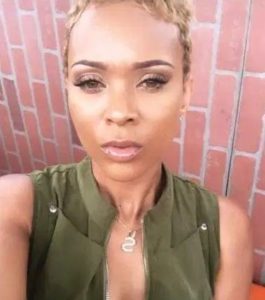 Sabrina Parr embodies the hustler mentality to the T. At times controversial, her actions – be it career-related or about personal life – are fodder for public consumption.

Breeze through Sabrina’s wiki-style biography to learn more about her life!

Sabrina Parr turned 33 years of age on 1st May 2020. A Taurus via Zodiac sign, she celebrates her birthday (01/05) every calendar year.

Sabrina did her schooling at Clevland, Ohio-based Collinwood High School. A star student-athlete, she was two times “State Track Champion” and five times All American.

As a high school student, Sabrina made money by charging 5 to 10 dollars to braid friends’ hair. She also sold candy, chips, and juice to neighborhood kids.

As an adult, Sabrina Parr held a more substantial job working as a fitness trainer and a lifestyle coach.

To help ordinary people meet their dream body measurements, Sabrina eventually launched a “mission” titled “Get Up to Parr.” Via her website, she sells services which include detox teas, meal prep, and fitness packages.

Beyond her career as a fitness guru, Sabrina Parr won a state title with her alma mater Collinwood High School serving as an assistant coach. Dabbling in a radio broadcast, she once worked for ESPN.

With all her business endeavors combined, Sabrina reportedly possesses a six-figure sum in net worth.

Sabrina was once married to retired NBA superstar Antonio Davis. Together, the duo is parents to three kids: two sons and a daughter.

Back in September 2016, Sabrina was found guilty of felonious attacks and domestic violence. Per court documents, the physical trainer hit then-husband Antonio with a trophy on the back of his head.

The squabble between the two began when Antonio found another phone on Sabrina and speculated infidelity.

For her crimes, Sabrina was sentenced to six months in jail time along with three-year-long probation. She was, however, released early from jail on the account of good behavior.

Despite the debacle and eventual divorce, Sabrina and former husband Antonio remain on good terms.

A month after the sighting in her hometown, Sabrina and then-boyfriend Lamar went public with their relationship via Instagram. In her poignant post, the physical trainer proudly asserted,

“What we have is much more than they can see…”

Appearing on the Bravo TV’s “The Real” in September 2019, Sabrina and Lamar insisted that they weren’t rushing wedding plans. At the time, the duo was filming a reality show.

In late-October 2019, Lamar took to Instagram and raved about with Sabrina. The former NBA pro labeled their romance “the most serious and committed relationship.”

Many expected Sabrina Parr and husband hopeful Lamar Odom to upgrade their relationship. Still, they were caught off guard when the lovebirds announced their engagement.

On 11th November 2019, Lamar broke the news of the two gettings engaged by introducing Sabrina as “my new fiance” on Instagram.

An exuberant Sabrina also took to Instagram and shared a clip of her flaunting her massive diamond engagement ring.

Neither Sabrina nor her fiance Lamar immediately offered to comment on when they would prefer to get married.

In November 2020, via IG story, Sabrina shared she and Lamar had called off their engagement. The fitness guru claimed Lamar needed to work on himself. In her own words— “This has been a difficult decision for me to make but it is the best for myself and my children. Lamar has some things that he alone has to work through.”

Antonio Davis Get Up to Parr Lamar Odom