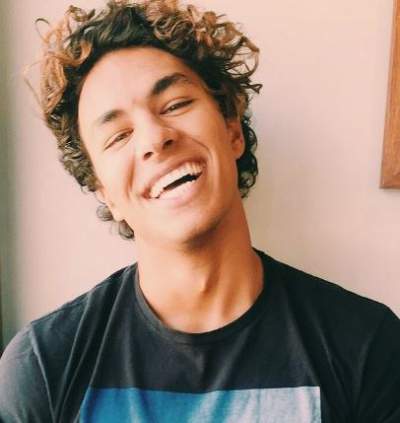 Meet Aaron Clancy, one of the final cast of 30 men, fighting for Katie Thurston‘s heart on The Bachelorette Season 17.

During week two i.e. on June 14, 2021-episode of the show, Aaron came more into light, following his and Cody Menk’s beef on the show which ended in an abrupt elimination of Cody Menk.

Discover more scoops about him below in this Aaron Clancy Wiki.

At the end of the night and after Cody left the show, Katie Thurston thanked Aaron for coming to her with his concerns.

The root of Aaron and Cody’s feud was never discussed. So, the viewers only knew about their heated exchange of words during the debut episode. Aaron had admitted how he never liked Cody too had reciprocated the same feeling.

Afterward, during the ‘Let’s get down and dirty’ group date, Kate herself felt an intense, personal tension between them.

Anyway, Katie trusted Aaron more even though both Cody and Aaron had received roses on Night 1.

Aaron, however, did not make it to Reality Steve’s updated list of final four men on Katie Thurston’s season that included— Justin Glaze, Andrew Spencer, Blake Moynes, and Greg Grippo.

Born supposedly sensitive, artistic, and reserve-natured Virgo, Aaron Clancy grew up celebrating his birthday every year on Sep. 17. He reached the age of 26 in 2020.

Aaron hails from his hometown of Walnut, a city in the eastern part of Los Angeles County in California.

His parents are named Robert and Susan Clancy. They are his greatest influences.

About Aaron Clancy’s ethnicity, his mother, who works in Sales Sales at Lasermate Group, Inc., appears to be South Asian and his father is believed to be White.

Aaron Clancy could be spotted on his Instagram page, bio of which read — “Don’t sweat the small stuff. It’s all small stuff.”

Aaron Clancy stands to a height of 6′ 4″ in his well-built athletic physique. He is very into outdoor activities including surfing and lifting weights.

Also, one must have noticed his only tattoo, of his family’s initials, on the neck.

From what indeed.com estimated, Aaron’s salary (on average) as an account executive in San Diego, California area must be more or less $56,580 per year. (Of course, excluding commission and likewise incentives.)

The San Diego dweller introduced himself as an insurance agent to The Bachelorette viewers. While his LinkedIn profile reveals he is currently (2021) an account executive at Health IQ in San Diego, California. He joined the team there in Feb. 2019 and before that for two years, he worked as a sales manager at 24 Hour Fitness.

Also previously, Aaron used to be a lifeguard and swimming coach at the City of Walnut and Mt. SAC college.

From June 2015 until Aug 2016, he was in Men’s Division II Swimming at the University of California.

For his education, the former NCAA swimmer in college studied Associate of Arts in Kinesiology and Exercise Science at the Mt. San Antonio College (2012 – 2015). Then, from 2015 to 2017, he received a degree in International Business from the University of California.

Also, during Walnut High School (2008 – 2012) when he was studying for his diploma, he actively played in the school’s swimming team.

All in all, in five years, the very ambitious Aaron, hopes to own his business and work for himself.

Aaron Clancy, a strapping young man, is already looking for a woman to settle. His ideal partner is a down-to-earth, smart, and funny woman, someone who does not take herself too seriously and fits well the adventurous and carefree side of him.

Further, he says, because he plans to leave a legacy behind, he needs a partner who is going to support him and encourage his dreams. Done wasting time as a procrastinator, he is ready chose to be on ABC’s dating game after realizing he is all ready to find his wife.

Will Katie be the one he is looking for?

Only the comings days can tell.