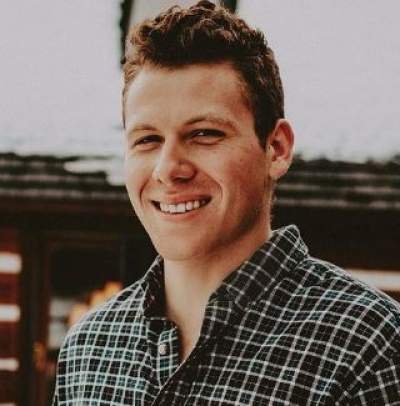 Katie Thurston‘s season of The Bachelorette got more interesting after Katie sent home Cody Menk on the second episode (aired on ABC on June 14, 2021).

So, who is Cody, and what had transpired before his exit?

Find out in this Cody Menk wiki writing about him.

The Season 17 of The Bachelorette started with a final cast of 30 men and Cody Menk was among them. But Cody did not make it to the far. He was eliminated during the week 2 date.

Katie, since her early-on journey with Bachelor Nations, had been a leading voice for the likes of bullying and negativity in the house. And so, viewers again saw this side of her following the drama between Cody and the other contestant, Aaron Clancy.

Taking her time to judge who had wronged and who had been wronged, Katie eventually told Cody to leave doubting if he was there for the right reasons.

Cody Menk And Aaron Clancy: Feud, How Do They Know Each Other?

Cody Menk and Aaron Clancy alongside and a few others were picked for the group date whose ‘date card’ read “Let’s get down and dirty.” As part of the deal, the men competed in the mud wrestling competition that was named Katie’s Big Buckle Brawl.

So, the last match was between Aaron and Cody and it was unusually intense. Even Katie thought it was intense and personal. So, Katie took each one aside and asked what was going on. To which Aaron confessed that he knew Cody from back and that he was not there for the right reasons. Aaron also revealed they were “not cool and not really friends.”

Cody, of course, denied all the beefing but still confronted Aaron with— “How would anyone know we knew each other if you kept your mouth shut…No my chance of getting a rose is scrambled up because now she has a tainted view.”

Following this, Katie, upset and scared that someone could be on the game for the wrong reason, asked Cody to leave because she did not trust him anymore.

And therefore, Cody left dropping his last reaction, “Oh my God, this is absolutely insane.”

Born as a Saggitarius, Cody Menk grew up celebrating his birthday every year on Nov. 22nd. And he reached the age of 27 in late-2020.

His father is a President at News Resource Inc and his mother is a sales associate at Coldwell Banker Real Estate LLC.

Married since Aug. 1990, the Menk folks lived in Essex Fells, New Jersey, at the time of this writing. While their son Cody called San Diego, California his home.

To Cody, family is everything and it broke his heart to move far away from home leaving behind his mom, dad, and brother (PIC: Cody’s IG)

Cody also has a grown-up brother appearing closer to his age. His name is Christian Menk. Christian is a Hoboken, New Jersey resident who studied Computer Science at Marist College.

Cody Menk in his well-tamed and muscular physique stands to a height of almost 5′ 11″. Besides seeking a healthy body and a healthy mind, Cody is also keen on getting tattoos.

Working as a zipper sales manager in San Diego, Codey Menk had saved almost an estimated $350K net worth (before 2021).

From what indeed.com estimated, Cody’s salary (on average) as a regional account manager in San Diego, California area must be more or less $59,422 per year. Of course, excluding commission and likewise incentives.

As per LinkedIn, he worked full-time as a West Coast Regional Account Manager at ZIP-PAK (an ITW company) from Aug 2019 until May 2021. The page lists more similar job experiences. And for his education, Cody received a bachelor’s degree in Minor Human Relations from High Point University (2011 – 2015).

All in all, he appears ambitious and was hopeful of achieving his dream of owning a home by the age of 30.

An admitted “romantic gentleman at heart”, Cody Menk’s ABC bio reads— Cody values nothing more than authentic connections. Also, that he has no trouble being transparent with his feelings. Whenever he is in a relationship, he prefers to put everything out there for better or for worse.

Speaking particularly about his ideal in a partner, Cody hopes to be with someone self-sufficient, socially confident, willing to push him and work together with him to drive their relationship forward.