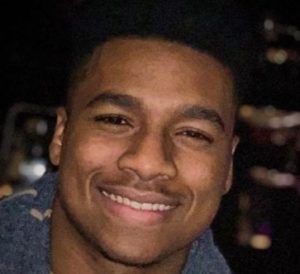 Stepping out of an antique car, Andrew Spencer made a pretty good impression on the spinster of The Bachelorette season 17, Katie Thurston. Moreover, flaunting a faux British accent, although Andrew couldn’t fool the bachelorette, he became the first one to steal her away for a one-on-one.

So, who is he? Learn all about his by the end of this Andrew Spencer Wiki.

Andrew Spencer competed on The Bachelorette season 17 in 2021, and just upon his arrival, he announced that he “traveled all the way across the pond” to see the “absolutely exquisite,” Katie Thurston. And of course, Andrew said it all in a thick British accent.

However, Katei was aware of the international travel restrictions and figured out there was no way he came all across from the UK. But, she played along —  gave him a toast in a British accent, complimented his looks, and also thanked him for coming on the show.

Later, Andrew received a rose on the first night; and it seemed that many more were coming. Spoilers alert: According to Reality Steve, Andrew would go on to be the top four finalists alongside Greg Grippo, Blake Moynes, and Justin Glaze.

Unfortunately, although the trailer seemed hopeful, it didn’t look like Andrew received the last rose. After filming, he was spotted returning to Austria “alone”. But, Andrew himself never spoke about his time in The Bachelorette season 17 before the show ended.

As per his birthday, Andrew is of the Aquarius zodiac.

Andrew Spencer’s parents have separated a long time ago. After the spilt, he was raised by his mother Phyllis Harbor Spencer, who worked at a medical company called Abbott.

As a single parent, it was a tough life for Phyllis to raise Andrew and his three siblings; Krishauna Harbor, Tejader BigPhill, and Andrew Spencer. And Andrew understood this very well. He even once took it to his Twitter to wish his mother a “happy fathers day”, and added, “MoM you’re doing a hell of a job doing it both.”

But, Andrew isn’t unhappy that his dad “wasn’t there.” He shared that “just because he wasn’t there”, didn’t mean that he wasn’t his father. 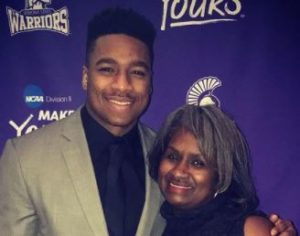 Trivia: Andrew’s mother loved traveling, and so did he. They often went on short trips together around the state.

Andrew Spencer garnered a net worth of under $400 thousand by 2021. So, what does he do? Well, he is a professional football player based in Vienna, Austria. Also, he split his time in the Chicago area where he worked as a football coach and teacher’s assistant.

Although the reality star didn’t make it to the NFL, he was playing for Dacia Vienna Vikings as of 2021. Reportedly, Andrew joined the club organization mid-way through 2019. A defensive back and running back, Andrew’s career highlights were compiled over this video.

Just in case you are curious, an average American football player in Europe earned around $800-$2500 per month. This is, without benefits, negotiations, and bonuses.

Before professionally starting football, Andrew worked in sales and marketing at Aidells Sausage Company. He later also worked as the front desk officer at his alma mater Winona State University.

Over his time at Winona, Andrew started in all 12 games, led the team in most defensive categories, and won over 10 awards and honors.

Andrew Spencer cannot handle poor communication in a relationship. He has a  great sense of humor, loves traveling, loves margaritas, and loves his family. Moreover, he isn’t afraid to make grand romantic gestures.

So, an ideal partner for him would be someone who enjoys spontaneity, loves the outside world, and at the same time, takes care of her family as well.

Someday, Andrew wishes to get married, and have 5 kids.