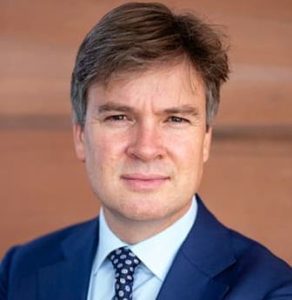 Nick Watt is best known as the Political Editor of BBC Newsnight but he made headlines after being hounded by his anti-lockdown protestors. He sought refuge after being harassed. Even PM Boris Johnson condemned the activity of Nick Watt.

Since the harrowing incident, Nick Watt’s family background, age, salary, and partner have been highly sought after. Learn more with this Nick Watt Wiki.

Nick Watt was 54 years old in 2021 as if he had already celebrated his birthday in June. Furthermore, he wrote a tweet back in 2014 where he noted down that he was 47. However, his zodiac sign and his precise birthday are yet to be known.

BBC journalist, Nicholas “Nick” Watt was born to his anonymous parents in London, the United Kingdom. Back in 2016 when journalist David Wooding wrote a tweet, “Pleased to see @nicholaswatt take a ferry across the Mersey for #newsnight,” Nick replied it with, “Rude not to. Dad born in Liverpool.”

From this tweet, we know that Nick’s father hailed from Liverpool. Besides that, no information surfaced on his parents.

More about his family: Nick is one of the grandkids of Sir Ian Douglas Wilson who was a British physician and editor of The Lancet. Ian worked as a medic at Bergen-Belsen concentration camp. He had also worked alongside Hugh Clegg, the grandfather of Nick Clegg, former deputy Prime Minister.

Nick’s maternal grandparents had opened their home to Hungarian refugees following the Hungarian Revolution in 1956.

Ian celebrated his 100th birthday on 12 May 2012 and passed away on 15 October 2013. He had a son named David and two daughters Elizabeth and Joanna, of which one was his mother and the other his aunt.

On Twitter, where he thrives and is active most gathered 88.9k followers by June 2021. Furthermore, the platform sheltered 10.9k tweets and retweets in total.

However, Nick was nowhere to be discovered on Instagram.

A political editor, Laura Kuenssberg as a political editor pocketed a total salary of £250 thousand to £254 thousand in 2018/2019, based on the official report on BBC.com. So, we believe Nick Watt’s salary has to be around £200 thousand.

Nick Watt, after completing his high school education, attended the University of York in 1986. He majored in History and graduated from the university in 1989. Following graduation, he enrolled at Cardiff University where he earned his Postgraduate Diploma in Journalism Studies.

The London-based journalist initiated his career by joining The Times in 1990. He joined the company as a graduate trainee and served the agency for a year. Then, he was employed as a diary reporter for a year, an Ireland correspondent for 4 years, and a political correspondent for a year before he quitted his job in 1998.

Immediately after that, Nick joined The Guardian as Political Correspondent. He served the news agency for six years in that rank and became European Editor from 2004 to 2006. He also served as a Political Editor for The Observer for a year.

Then, Nick returned to Guardian News & Media in February of 2008 and worked as Chief Political Correspondent for a little over eight years.

Since May of 2016, Nick has been serving as Political Editor of BBC Newsnight.

In total, Nick has gathered an experience of nearly 30 years as he reported on UK and EU politics. He often received praise for providing illuminating insights into the inner working of British politics.

He also enjoys joking that the downfall of Margaret Thatcher marked his debut in journalism. As a trainee, Nick was assigned to describe her arrival at her new home in Dulwich on the day of her resignation in 1990.

Nick Watt Partner: Is He Married?

Nick Watt is reportedly married to his partner, Rebecca Keating who is also a BBC journalist. On their wedding day, Rebecca donned an Anoushka G deco feel dress and Rachel Simpson shoes. Whereas, Nick had traditional tails on and made a handsome figure alongside his brothers who were the Ushers.

They were ready at The Wyndham Grand, Chelsea Harbour. Later, they married at All Saints Church, Fulham. The reception was organized at The Hurlingham Club set in huge grounds on the banks of the Thames.

Nick Watt’s partner, Rebecca Keating is an Australian citizen. Talking about her career, she worked for the Australian Broadcasting Corporation as a Journalist/Presenter for five years. She has been working for BBC since 2016.

The current relationship status of the two remains obscure.