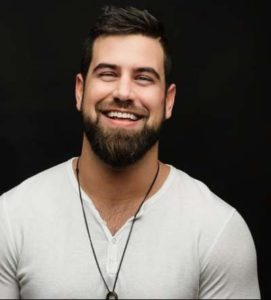 Blake Moynes was an early frontrunner on the 16th season of the show The Bachelorette until some major changes took place on November 5, 2020.

Blake was beyond confident about Clare Crawley being the woman for him. Talking to ABC, he had shared, when the season’s all over, he was going to take her home to meet all of his friends.

Clearly, he never suspected Clare was gonna leave the show such early with none other than his fellow contestant Dale Moss.

Blake, who seemed to have lost his place on the show post-Clare, was finally back in the game, winning a precious one-on-one date with Tayshia Adams, who was chosen as Clare’s replacement following her departure.

Once again, Blake returned for Katie Thurston’s Bachelorette season. For him, the third time really proved to be the charm.

In the writing below, is everything you need to know about Blake!

On 9th August in 2021, Blake Moynes turned 31 years of age. Based on this fact, one can also say that his zodiac sign is Leo.

Blake’s mother Emily Moynes is on Instagram, where she constantly shares her journey to self-discovery and forgiveness.

Blake’s parents are no longer together. At some point, his mother decided to end what she termed as “extremely tumultuous marriage”.

Emily, from what she writes on her rebuildakickasslife.com bio, is an author of a motivational book Rising, a businesswoman, and an Em-Power Coach.

Blake has a sister and a brother with the names Taylor Moynes and Cody Moynes. Judging from social media sharing, each of Blake’s family members shares a very special bond. 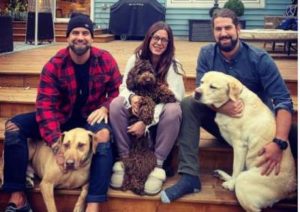 Further, Blake is from his hometown of Burlington, Ontario in Canada.

For his education, he studied Outdoor Adventure at Algonquin College of Applied Arts and Technology. Later, he also graduated with an Adventure Tourism Management degree from Thompson Rivers University.

Blake Moynes stands to a height of 6 feet and a recent weight of around 85 kg or 187 lbs. For some reason, the Bachelorette viewers just could not stop comparing him to fictional characters from TV and films.

Never before in The Bachelorette history, has anyone been this many times compared to the likes of Sully from Monsters, Inc, Yukon Cornelius, or the human Shrek. In all, Blake’s large square jaw, a smaller forehead, and larger chin seem to be the driving force of such many comparisons. Not to mention, the beard helps too.

Blake Moynes had an ever-growing fan following on his social media pages. Respectively, more than 10.4K and 359K people followed him on Twitter and Instagram (As of Aug 2021).

Also, looking into his Facebook, we figured he lived in Hamilton, Ontario, in recent times.

Blake mentioned on his ABC bio that so far he had it all, professionally.

Apparently, Blake Moynes is a wildlife manager/enthusiast with over $200 thousand net worth as of 2021. From his job, he reportedly earned around $52 thousand annually.

As part of the job, Blake gets to explore his undying love for anything outdoors. All we know, for now, regarding his career is every year, he volunteers with a different endangered species.

In the first two episodes during the Clare Crawley portion of The Bachelorette, Blake had attracted the extra-special spotlight.

Clare had praised him for being the only person who broke the rules by reaching out to her before filming began, for checking on her via Instagram DM after hearing that Clare was having a hard time.

In episode two, she had rewarded his daring stunt (of crashing the night portion of the dodgeball group date) by giving him a rose. Eventually, he even became the first man to get a kiss on the season.

Then after Clare left the show, Blake was rarely shown sharing the screen with Tayshia Adams until finally getting his first one-on-one date in episode 10. 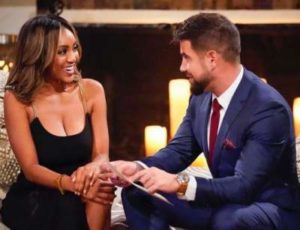 “Heres to second chances – with another incredible woman”, writes Blake to a picture of him and Tayshia Adams (PIC: Blake’s IG)

Early in December 2020, when Tayshia was tested with a series of tough questions on The Ellen Show, she had surprisingly admitted Blake was one of the four best kissers on the show, along with Zac Clark, Brendan Morais, and Ben Smith.

Sadly, Blake was eliminated in week 9.

As seen on the 17th season of The Bachelorette, Blake arrived late to win Katie Thurston’s heart. Despite his late arrival, Blake impressed Katie the most. After she chose him, Blake took to knees and proposed to her.

As of Aug 2021, Katie and Blake remained an engaged couple.

For a while now, Blake Moynes had been feeling the pressure to settle down, and “wife up”. Especially when times during Saturday nights with his best friends. Because all his friends were married and he was the last single man remaining, he wanted to be the one left out.

Blake said he would want to marry someone outdoorsy, beautiful, and fun. Also, for someone wanting to become his wife, she had to have a goofy side and be okay with his self-described “potty mouth.”