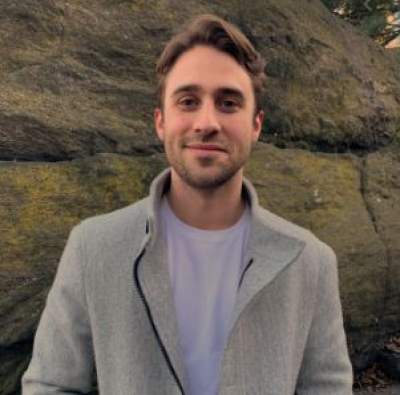 The final cast of 30 men competing for Katie Thurston’s heart on Season 17 of The Bachelorette had been confirmed in May 2021. Gentlemanly Greg Grippo was one of them.

Greg arrived on The Bachelorette, which premiered on June 7, 2021, looking for someone that he can grow old with.

Here’s more you need to know about him over this Greg Grippo wiki!

Because Greg Grippo celebrates his birthday, every year, on the 5th of June, he is a Gemini. Also, he reached the age of 28 in 2021.

Frank passed away, at the age of 60, on December 30, 2018, at the family’s home. He moved to Edison after marrying the love of his life, i.e. Greg’s mom. They never left the place and raised their kids there. Frank worked as a Sales Representative until he retired in 2013. Following this, he joined Greg’s mom at Melaleuca, Inc. as an Executive Director. He is survived by his four kids: Frank J. Grippo III “Joey”, Andrea Ferraro, Samantha Collova, including Greg.

Greg Grippo’s SMC athletics profile listed his height and weight respectively as 6′ 3″ and 190 lbs (in Oct. 2015). Back in the day, he played for University and High School’s basketball team.

As of 10 Aug 2021, Greg Grippo could be spotted only on Instagram. His account @greggrippo had 366K followers.

Greg Grippo is an account manager at Mondo, a staffing and recruiting company in New York. LinkedIn also listed him as the marketing executive of Melaleuca: The Wellness Company.

Regarding salary, PayScale calculated, the average salary for an account manager in New York, New York is $64791. But, we know, Greg’s salary must be more or less, depending on his education, certifications, additional skills, and other factors.

Talking about his Bachelor Nation’s history, 2021’s season of Katie Thurston is not Greg’s first time being on the dating game show. In fact, he was one of the fifteen gentlemen originally cut from Clare Crawley’s season of the show. Reality Steve also spilled his spoilers that Greg receives the first impression rose from Katie as the season proceeds.

Reality Steve’s podcast on “Mini Spoilers on Katie’s Season & Coverage of Her Season” predicted Greg making it to the final 4 after he becomes the first-impression rose recipient.

Once Greg Grippo finds his person (i.e. his ideal woman) and marries her, he wishes to travel and discover the world with her. After he has visited every place he wants to see, Greg plans to have kids. He said he is hoping for at least six.

Greg always dreamt of settling down and having a big family as he also comes from a similar background.

He grew up inspired by his parents’ love for each other. So, he has high standards in terms of what a successful marriage means to him.

So, Greg, who defines his folks as couple goals, went on the reality show to test if Katie Thurston was the ‘someone’ that he was looking for all along; whether or not he can grow old with her.

Now, about Greg Grippo’s Bachelorette, Katie Thurston: She is a bank marketing manager who received national recognition in 2020 as a contestant on Matt James’s season of The Bachelor.

Among the women in the 25th season, Katie emerged as a leading voice against the existing bullying and negativity in the house. The 30-year-old became an instant fan-favorite since the night of her arrival when she introduced herself to Matt. She is adventurous, daring, and ready for a man to spend the rest of the days.

Also, because Greg was a hopeless romantic who loves the first date, many believed he could have the best time watching him go on his very first date with the star of the season.

Long-time host Chris Harrison did not host the season – instead former Bachelorettes Tayshia Adams and Kaitlyn Bristowe filled in the role.

Greg made Katie Thurston’s final 4. However, he quit in week 7 after a tense fight. Katie, meanwhile, picked Blake Moynes. At the “After the Final Rose” reunion, Katie accused Greg of not knowing what love is. Previously, she had made gaslighting allegations against him.