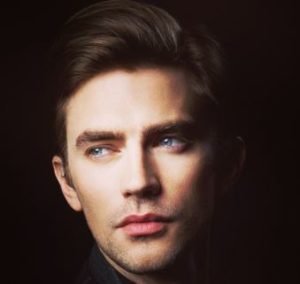 Congratulations are for the model and cookbook author, Elettra Wiedemann, and her future husband, Caleb Lane. The two welcomed their second baby — a son named Viggo River Lane — on June 14, 2021.

So, let’s take this moment of happiness to also learn about Elettra’s partner over this Caleb Lane Wikipedia.

Corresponding to his birthday, Caleb is of the Sagittarius zodiac.

Caleb Lane didn’t talk much about his family. However, Caleb’s rose tattoo on his side spoke it all for him. According to Caleb, the “rose tattoo” was the most meaningful one he ever got. It was a tribute to her mother, who passed away in 2003.

As for his hometown, Caleb hails from Dallas, Texas. He confessed that the favorite about his hometown was the stockyards culture in nearby Fort Worth where they used to barter all the cattle.

Then Caleb moved to New York when he was 20 to pursue his modeling career and later resided in Los Angeles.

We’ve seen Caleb Lane on various occasions together with his best friend Channing Tatum, and obviously, he stands a little shorter than the star actor. As per his model bio, Caleb Lane is 6 feet (183 cm), while Channing is 6 feet ½ inch (184 cm).

Want to know more about Caleb and Channing’s friendship? Well, they became friends way before 2005. Over one of his interviews, Caleb shared that he was ready to join Channing’s stripper bros, and he would like to be like “the stripper poet” in case he was called.

His IG bio wrote, “Just here to show you snaps of my life one picture at a time.”

The versatile talent, Caleb has stepped into multiple fields in the entertainment industry. Jack of all trades, you may call Caleb an actor, or model, or singer/songwriter, or music producer.

As for his musical talent, Caleb plays various instruments and has produced tracks including his EP Ashes to Earth.

When asked, what was one of his most crazy shoots? Caleb recalled that over one of his Korean shoots, the girl model and he were supposed to be “looking through this giant toy box while at the same time licking giant plastic ice cream cones.”

For all the aspiring rookie models, Caleb implores them to “take it seriously and be a professional and show up on time”. And most importantly, “do whatever you need to do and be grateful to be there.”

Caleb Lane started dating Elettra Wiedemann just after her split with her husband of 3 years in 2015. However, they knew each other for years before that. Back in 2010, the duo starred together in a sexy commercial shot by Mario Testino for Lancome.

Two years after living together, Caleb and Elettra then announced their first pregnancy in June 2017 and welcomed their firstborn (a boy named Ronin) in Jan 2018. Then followed the baby shower of their second child in May 2021, who later was born, named Viggo River Lane, on June 14.

As of 2021, although the lovebirds share two children, they weren’t married yet.

Before dating Elettra, Caleb was in a relationship with a fellow model/actress named Daniela Dib who once appeared on X-Files revival. Also, she was a fitness instructor who kept Lane in shape. “My girlfriend is a Soul Cycle instructor, so I go to that with her a lot,” he shared.

If you didn’t know, Caleb has a high metabolism and he’ll get skinny if he doesn’t go to the gym and eat.