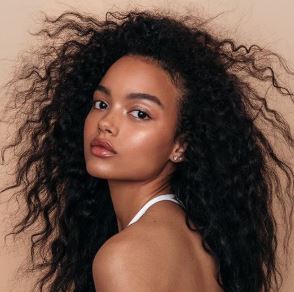 Circa 2019, Whitney Peak skyrocketed to fame for her appearances on “Chilling Adventures Of Sabrina.” In the teen Netflix series, she portrayed the character named Judith Blackwood.

Whitney made the national headline in 2020. March that year, reports broke that she had joined the cast of HBO Max Reboot of the hit show “Gossip Girl.” At the time, insiders believed that the young actress could portray a Serena or Blair-like role.

Read about Whitney’s unmissable wikis & bio details in the article below. Get acquainted with her dating status, family, and net worth by following along. Stay till the end and learn her height and filmography!

A 2020 report stated Whitney Peak’s age as 17. Therefore, her birth year is a toss-up between 2002 and 2003. Without an exact date of birth, there is no telling what her Zodiac sign might be. Furthermore, Whitney’s IMDB bio didn’t mention her birthday.

Whitney Peak was born in Kampala, Uganda, and lived there until she turned 10. Along with her family, she later moved to Vancouver, British Columbia, Canada. The Peak clan would eventually relocate to the United States.

Of the two parents, Whitney seemed closest to her mom. On 2018 Mother’s Day, she professed her wish to spoil mama Peak via Instagram.

Talking about her social media presence, Whitney Peak wasn’t as active on Twitter and Facebook as she was on Instagram. By late-March 2020, she had uploaded 53 IG posts and amassed 12.4k followers on the platform.

Talented and gorgeous, Whitney Peak owned flawless features. Standing around 5 feet 4 inches in height at age 17, she garnered around 53kg weight.  Perhaps, Whitney’s greatest assets are her flowy and curly hair. They flawlessly compliment her melanin.

Whitney’s small-screen debut arrived with the series “iZombie.” Landing a role on “Chilling Adventures of Sabrina,” she cemented her rising star status. By 2020, Whitney was busy filming two TV shows: “Home After Dark” and “Gossip Girl.”

Despite the newcomer tag, Whitney was already amassing fame and fortune. Her net worth reportedly surpassed the $100 thousand thresholds. That said, the stated figure lacked an official confirmation from sources close to the actress.

Everything indicated that Whitney Peak didn’t have a boyfriend and was single as of Spring 2020. Her Instagram posts — for the most part — circumvented the topic of dating. She seemed fine with only flaunting her friends on the photo-sharing platform.