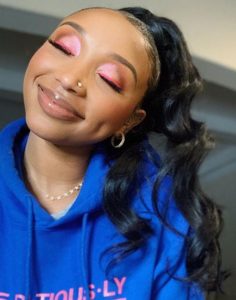 It is quite easy to be the prey of social commentary when you’re at all times in the public’s attention. At times, it could be nerve-wracking and we could only imagine. But Zonnique Pullins is no stranger to the situation stated earlier. She became the victim of pregnancy rumors multiple time and we are here to unfold the truth.

Dive into this wiki-style article based on her life, a career as a reality star and musician, and her dating life.

As per famous birthdays, Zonnique Pullins was born on 20 March 1996. She turned 24 years old while celebrating her birthday in March of 2020.

As per her birthday, the singer’s zodiac sign is Pisces.

Zonnique was born to her father Zonnie Pullins, and her mother Tameka Cottle. But after her parent’s divorce, Tameka married rapper T.I. AKA Clifford Harris Jr.

More on her family, she was a sibling to her four brothers: Messiah, King, Major, and Domani and two sisters: Deyjah and Heiress.

Talking about her education, she attended Georgia State University after graduation.

Of all the rumors of her getting implants, she openly talked about traveling to Tunisia to change the color of her eyes from brown to grey. Also, she was warned about going blind following the surgery.

The reason why she often advised her fans not to go through any of the cosmetic surgeries as had regrets getting one.

Besides surgeries, Zonnique was also a tattoo enthusiast. She got ‘Hello Beautiful’ on her neck among 15 tattoos spreading all over her body.

Zonnique started her career as a one-half of the singing duo QT Posse. Later she joined hip-hop girl group OMG. The group debuted their first single ‘Ain’t Nobody’ in 2010 after being signed by the Interscope record.

In 2013, the group won NAACP Image Award for Outstanding New Artist. The group toured and further released a few new songs until they split apart in 2015.

After the separation, Zonnique released her first single as a solo artist titled ‘Nun For Free’ featuring Young Thug. Furthermore, she went on to release ‘Cool Kids’ and ‘Can’t Trust Em’.

In 2016, the singer released her debut EP titled Love Jones.

Amazingly in December of 2018, while most of 22 years olds were trying to get their life together, she was out purchasing her new house. She credited her parents for putting her on the right path to do that.

As of April 2020, Zonnique Pullins was estimated to have accumulated a net worth of $650K.

On the 16th of June 2016, Zonnique was charged for the possession of a firearm. Authority arrested her at Hartsfield-Jackson International Airport.

She spent a few hours at Clayton County Jail and was released on Friday morning.

Along with Zonnique’s burgeoning fame, her social media following grew exponentially. As of Aug 2020, her Instagram account garnered a total of 3.2 million followers.

However, her official Facebook couldn’t be tracked but she surely had plenty of fan page dedicated to her.

As of 2020, Zonnique Pullins was dating her rapper boyfriend Bandhunata Izzy. She explained that she wanted him to be on the VH1 series.

However, the rapper avoided gaining prominence leeching on her girlfriend’s fame. As she remarked her boyfriend was very independent and determined to make it big.

The musical couple was very committed to a relationship with each other. 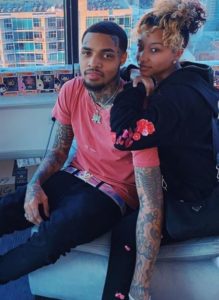 Zonnique and her boyfriend together in April of 2020 (Pic: Zonnique’s Instagram)

In January of 2019, the rumors of her being pregnant spread all over the internet like wildfire. Furthermore, it got so much worse her grandmother had to step in to put a stop to it.

Zonnique went on Instagram to dismiss the rumor. She further added if it were to ever happen, she would be the one to make it official on social media.

In November of 2019, the rumor resurfaced, again. And this time, Tiny, her mother took control of the situation by posting the picture of her daughter.

Finally, in August 2020, Zonnique shared she and Bandhunata Izzy were expecting their first child in an interview with PEOPLE. By then, she was already five months along.

Who is Teresa Topnotch? Well, she is a comedian with a weird but self-assured surname, but what defines her....